The best easy-access savings deal of 2021 has been launched today by Aldermore Bank.

The challenger has increased its double-access account from 0.6 to 0.75 per cent.

The last time an easy-access provider was paying this much was last November when both Atom Bank and Aldermore became the last two banks to cut rates below 0.75 per cent.

Piggy pain: The average easy-access deal still pays just 0.19%, whereas before the pandemic the average deal in March 2020 was paying 0.57%

Someone stashing £10,000 into the Aldermore account could expect to earn £75 in interest over the course of a year – if Aldermore’s rate remains the same.

The account allows for savers to deposit up to £1 million. Money is protected under the Financial Services Compensation Scheme to the tune of £85,000 or £170,000 in the case of joint accounts.

Savers will need £1,000 to open the account and will be limited to just two withdrawals each year, which means it is a slightly restrictive easy-access deal.

For savers who don’t need to access their cash frequently and are perhaps using the account as an emergency pot or towards a longer term goal, then the limitation of two withdrawals will likely be worth it.

Are we seeing a return to pre-pandemic rates?

Easy-access rates remain a long way off what they were pre-pandemic.

The average easy-access deal still pays just 0.19 per cent, according to Moneyfacts, whereas before the pandemic the average deal in March 2020 was paying 0.57 per cent – three times more than today.

However, Aldermore rate hike appears at least to suggest that rates are now heading in the right direction.

At the start of March 2020, the top easy-access rate was being offered by Virgin Money via its double take e-saver paying 1.31 per cent.

Rates have been nudging higher in recent months after the saving market hit rock bottom earlier this year. Only as far back as this summer, the top rate was 0.5 per cent.

James Blower, founder of the Savings Guru, said: ‘Aldermore’s double-access account is a really good deal and it’s fantastic for savers to see easy-access rates pushing higher, having fallen to as low as 0.5 per cent earlier in the year.

‘I think we are some way off returning to the 1 per cent plus levels of pre-pandemic – it’s possible we won’t even get to that level in 2022 – but we are moving in the right direction and the trajectory is upwards for savings rates.’

What will it mean for rates?

With Aldermore being such an established name, the rate is expected to remain for at least a few weeks, which could encourage other providers to up their rates as well.

‘Aldermore is a large bank, with around £12.5billion of savings, so they have the scale that they can sustain this rate for a few weeks,’ said Blower.

‘This means that others will respond – as early as next week – as they can’t sit and wait it out for Aldermore to pull back.

‘What I expect to see is further breakouts from the cluster of providers who are currently paying around the 0.6 per cent level.

‘I think Marcus Bank will almost certainly have to respond and I expect that Shawbrook will move too, as well as some of the other good sized challengers around them, like Charter Savings, Paragon and Investec.’ James Blower expects to see other providers hike rates but doubts that many will beat Aldermore in the short-term.

However, despite the bar being raised, Blower believes we are very unlikely to see providers get close to 1 per cent anytime soon – his advice is to take this rate whilst it’s still available.

‘There’s a chance we may see 0.75 per cent beaten but, if so, I’d expect it to be only by a single basis point, rather than a provider going to 0.8 per cent,’ said Blower.

‘What’s more likely is we see more providers move up in the range of 0.66 to 0.75 per cent and tuck in behind Aldermore.

‘My advice is to take this rate though, rather than sitting hoping for something better, because it may not come.’

How does it compare?

For any saver prepared to surrender any means of access to their money for a year or more, then fixed rates deals will prove more lucrative.

While those willing to fix for longer can earn 1.61 per cent when fixing for two years and 1.83 per cent on a three year deal if they opt for the best paying providers on This is Money’s independent savings league tables.

But Aldermore’s account offers savers more flexibility than a fixed rate account, allowing for two withdrawals each year for those who may need to access their funds sooner than anticipated

In terms of easy-access, the next best deal offered by Cynergy Bank pays 0.7 per cent, but this includes a bonus rate of 0.4 per cent for the first year after which the rate drops to 0.3 per cent.

Shawbrook Bank is also offering an easy access deal paying 0.67 per cent – this might appeal because it places no restrictions on savers withdrawing money.

One alternative for savers is to opt for a notice account, which is essentially a sort of a halfway house between an easy-access or fixed-rate deal.

They enable savers to withdraw their funds following a notice period, typically ranging between 30 and 120 days, but can offer savers a better return than they might otherwise achieve with an easy-access account.

For those looking for a shorter notice period after which they can withdraw their cash, Investec is currently offering a 32 day notice account paying 0.8 per cent.

Savvy savers can further take advantage of this particular deal via a welcome bonus offered by the savings platform Raisin giving savers the chance to boost their savings by £50 when they open and fund an account on its marketplace with a minimum of £10,000.

Raisin currently offers savers a choice of 72 savings deals of which Investec’s 32 day Notice period deal is one.

Anyone stashing £10,000 in this account via the Raisin platform will therefore effectively see their rate rise from 0.8 to 1.3 per cent for the first year after the welcome bonus has been paid.

No accounts currently on offer come close to matching inflation, which is currently riding high at 4.2 per cent.

THIS IS MONEY’S FIVE OF THE BEST CURRENT ACCOUNTS

Santander’s 123 Lite Account will pay up to 3% cashback on household bills. There is a £2 monthly fee and you must log in to mobile or online banking regularly, deposit £500 per month and hold two direct debits to qualify.

Virgin Money’s current account offers a £150 Virgin Experience Days gift card when you switch and pays 2.02 per cent monthly interest on up to £1,000. To get the bonus, £1,000 must be paid into a linked easy-access account and 2 direct debits transferred over.

NatWest will give newcomers £100 when they switch their account and a further £50 if they stay for 9 months. Customers must pay in at least £1,500 in total and log in to its mobile app or online banking by 13 January 2022 for first £100

Nationwide’s FlexDirect account comes with 2% interest on up to £1,500 – the highest interest rate on any current account – if you pay in at least £1,000 each month, plus a fee-free overdraft. Both perks last for a year. 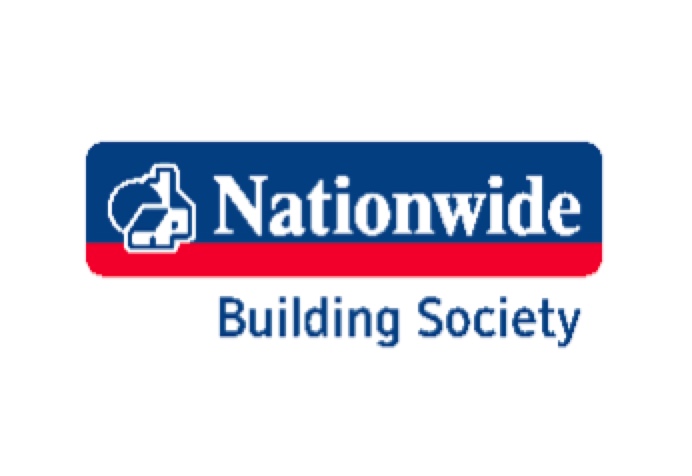 The Aston Villa Revolution Will Be Televised
1 hour ago