Jeff Bezos has been warning us for years that humans can’t sustain our current rate of  consumption.

“What happens when unlimited demand meets finite resources? The answer is incredibly simple: rationing,” Bezos said in a 2019 speech, where he announced that his space travel company Blue Origin had developed a lunar lander. “It would lead to the first time where your grandchildren and their grandchildren would have worse lives than you did — that’s a bad path.”

Bezos may not be the best person to be lecturing about overconsumption in a world of finite resources. His wealth ballooned by $86 billion during a global pandemic, reaching a current net worth of $212 billion. He owns the Washington Post, a $65 million private jet, and so many homes—in Los Angeles, Washington D.C., Washington State, and Texas — that he’s the 25th largest landowner in the United States.

Perhaps the tycoon of unprecedented proportions would be more concerned about solving Earth’s imminent shortages — or even his own excesses — if there wasn’t another world ripe for profligacy; a place where, Bezos argued in that 2019 speech, “for all practical purposes we have unlimited resources.”

On July 1, Bezos stepped down as the CEO of Amazon, though he is still the company’s executive chairman. With that changing of the guard so recently behind us, and with Bezos readying for his maiden voyage out of the Earth’s atmosphere – a 10-minute trip alongside his brother and a Dutch teenager – it’s worth unpacking Bezos’ vision.

It’s one of the few times Bezos has addressed the public at all, and it’s probably his longest public explanation of why he calls Blue Origin “his most important work.” (Blue Origin denied a request to interview Bezos before the July 20 launch.)

“The earth is finite and if the world economy and population is to keep expanding, space is the only way to go,” Bezos said, reading a line from his 1982 valedictorian speech from his Miami high school. Back then, he was already billing himself as a “space entrepreneur” who was going to make the world “peaceful and affluent.”

Bezos sees space as a place where the weather could be like “Maui on its best days” and, with the absence of gravity, where people would “fly with their own wings.” There would be no rain, or storms, or earthquakes, he says. It’s a world where humans could flit from colony to colony and back to Earth as they please.

On these O’Neill Colonies, named for the American physicist Gerard K. O’Neill who first conceived of them in the 1970s, humans could manufacture worlds – more realistic, Bezos says, than colonizing far-off planets – and set up national parks and cities that are very much like the ones on Earth.

When I reached out to Dr. Lucianne Walkowicz, an astronomer at the Adler Planetarium and Co-Founder of the JustSpace Alliance, to better understand how realistic Bezos’ vision really was, they said: “It’s a little hard to comment on the feasibility of something that has not only not been done at that scale,” and is unnecessary.

“O’Neill colonies were futuristic and science fictional when O’Neill thought of them, and they remain that way today,” they said.

Even the most enthusiastic proponents of space habitation (including Bezos) admit that anything like this vision won’t happen for multiple generations, at least. Meanwhile, within 50 years global warming is expected to have displaced one to 3 billion people, with another billion displaced for every additional degree of warming.

There are also other practical matters to consider, too, like the fact that our muscles melt in outer space, with astronauts losing as much as 20 percent of their muscle mass in under a week. Space travel also crushes our optical nerves, can cause permanent organ damage— even our cognitive abilities deteriorate.

Some of these ideas, of course, don’t originate with Bezos. And while Bezos talks about space travel in perhaps admirably optimistic terms – a billionaire’s tribute to his lifelong obsession with StarTrek and the science writer Isaac Asimov – there is a troubling history here, too.

The belief that exponential population growth would outpace the earth’s capacity to support humanity and cause mass famine and suffering was pioneered by late 18th Century economist Thomas Malthus. He argued against government food aid for Britain’s poor, positing that poverty derived not from how resources were distributed, but from unsustainable population numbers and because, he believed, impoverished people reproduced too quickly.

Malthusian ideas went on to inspire a host of eugenicists, including Adolph Hitler and Mussolini. It was also used to push coercive population control, including the forced sterilization of a third of women of reproductive age in Puerto Rico from the 1930s to the 1970s and 20,000 Californians between 1909 and 1979, most of whom were disabled or women of color. In the late 1960s and early 1970s, the world was gripped by another population panic incited by Paul Erlich’s book “The Population Bomb.” This period spurred another wave of coercive sterilizations around the world.

Meanwhile, in 1961, the Soviet cosmonaut Yuri Gagarin became the first person to orbit the Earth, followed by John Glenn a year later. Then, on July 20, 1969 – 52 years to the day before Bezos’ planned launch – Neil Armstrong became the first human to set foot on the moon. For those preoccupied with population panic, space seemed to offer the promise of an answer.

“I believe we have now reached the point where we can, if we so choose, build new habitats far more comfortable, productive and attractive than is most of Earth,” O’Neill wrote in 1974.

Jeff Bezos is, of course, not advocating for population control. He would probably argue that his goal is the exact opposite.

In space, Bezos says, “we could have a trillion humans in the solar system and it still wouldn’t be crowded.” There could be “1,000 Mozarts” and “1,000 Einsteins,” he says.

Of course, at a moment when billionaire men Elon Musk and Richard Brason are also competing in this space race of sorts, Bezos may also be motivated in part by the simple fact that he’s a lifelong, devoted Trekkie.

His dog is named Kamala, after his Star Trek hero’s love interest. He has a holding company called Zefram LLC, which is named after the character whose warp speed flight leads to human’s first contact with aliens. He even got a cameo in “Star Trek: Beyond.”

When tracked down by reporters, his high school girlfriend reportedly said the reason Bezos had worked so hard to get rich was so that he could go to space.

“Most mortals eventually jettison teenage dreams, but Bezos remains passionately committed to his, even as he has come to control more and more of the here and now,” wrote journalist Franklin Foer in The Atlantic.

There is a more cynical read on the timing: Maybe Bezos is focusing on another realm because Amazon’s dynastic growth and his own accumulation of wealth is what’s really driving the Earth to become increasingly uninhabitable.

Indeed, Bezos is rocketing out of the atmosphere just a few short weeks after stepping down from the top job at a company increasingly plagued by various lawsuits accusing illegal price control, racial discrimination and sexual harassment, illegally firing workers for criticizing the company’s climate change impacts, and failing to protect workers during the coronavirus pandemic.

Indeed, much of the breathless coverage of the Blue Origin launch has perhaps distracted the public from the world Bezos is leaving behind. While Bezos has pledged to spend $10 billion protecting the planet through the Bezos Earth Fund, many experts consider this a drop in the barrel.

In his 2019 speech – shortly before a behemoth glowing purple orb suspended on four legs was dramatically unveiled on the stage behind him – Bezos ticks through the immediate problems we should work on, in addition to space travel: “poverty, hunger, homelessness, pollution, overfishing in the oceans, there is a very long list of urgent and immediate problems.” The speech also hit on what Bezos described as humanity’s biggest looming problem: running out of energy on Earth.

But while Bezos cited trips to the hospital, transportation, entertainment, and medications as examples of the culprits, he did not mention the company he founded in 1994.

In 2020, Amazon emitted over 44 million metric tonnes of carbon while the entire country of Denmark emitted just under 55 million). Or a person who travels on his own private jet, for that matter: a 2021 study in Europe found that a four hour flight on a private jet emits as much carbon as the average person does in an entire year.

Moreover, one third of Amazon employees in Arizona are on food stamps, while one in ten in Pennsylvania and Ohio rely on the government program to get enough to eat. Amazon’s hometown of Seattle has one of the highest rates of homelessness in the country, which many housing experts blame on the fact that the city’s population has swelled by over 40 percent since Amazon’s founding, contributing to an increase in housing prices by 70 percent in just five years. Despite pledges to work towards carbon neutrality as the planet is projected to hurtle past temperatures that will likely cause mass death, the company’s carbon emissions increased by 20 percent in 2020.

The pandemic might have been a breaking point for Bezos’ public image.

For a man whose founded a company that controls over 40 percent of e-commerce, 42 percent of physical book sales, a cloud computing service (Amazon web service) that stores almost a third of the information on the internet and the data of the American government’s Central Intelligence Agency, there’s increasing concern about the degree to which Amazon, a private company, is controlling our lives.

There’s also a growing outcry that Bezos has cultivated a world where it is increasingly difficult to survive on Earth, particularly if you’re not a member of an increasingly small, white, ultra-wealthy group of Americans.

A change.org petition to “not allow Jeff Bezos to return to Earth” currently has over 160,000 signatures and counting. Memes reading “Bezos rocket explodes… crowds cheer” have been circulating on social media.

Chris Smalls, a former Amazon employee who was fired after organizing a work stoppage to protest their lack of protective gear and hazard pay during the pandemic, is now working to unionize Amazon employees from the outside as he pursues a lawsuit against the company.

“He’s taken over the world. This company started off in a garage and now they’ve got their hands on anything and everything and they can’t be stopped,” he said.”You don’t make $88 billion in the middle of a pandemic without putting profits above people,”

For his part, Smalls has a different take from the online petitions.

Why is water sprayed on Olympic pools? Explaining safety measure for diving events
35 mins ago 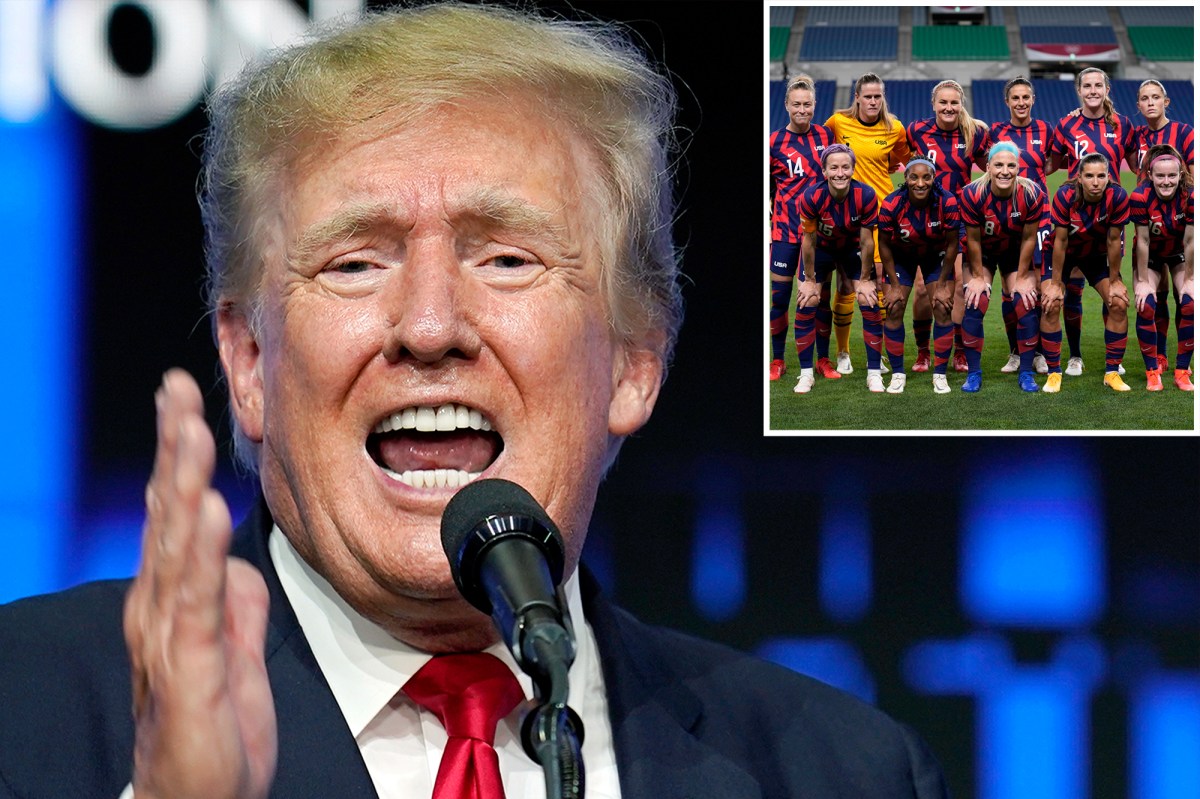