From July 2019 to July 2020, the state’s population grew by about 50,000 people to more than 5.7 million, according to census data reported by the Denver Business Journal. The new arrivals range from remote workers eager to hunker down in a scenic spot to young families and retirees lured by an outdoorsy, resort-like lifestyle all year long. Places like Denver, Aspen, and Telluride experienced a buyer feeding frenzy as East and West Coast transplants scooped up what they saw as more affordable houses.

But two major drawbacks to the Centennial State have crystallized in the last week, besmirching its idyllic promise: a new state law that disincentivizes employers to hire Colorado-based remote workers and global warming-fueled wildfires that destroy hundreds of homes a year.

Remote workers are now at a disadvantage

The Equal Pay for Equal Work Act — enacted on January 1, 2021, in an attempt to enforce pay transparency and reduce the gender wage gap — states that employers advertising for an open job must include the role’s salary or a salary range, even for fully remote positions.

But not every company is keen to publicize that information, The Wall Street Journal reported, and a growing list of companies are willing to hire anyone in US — except a Coloradan. Pharmaceutical giant Johnson & Johnson and commercial real-estate behemoth CBRE, for example, avoid disclosing salaries on their job postings simply by saying the roles may not be performed remotely from Colorado.

Software engineer Aaron Batilo, who has worked remotely from Denver since 2019, told the Journal he’s so disturbed at the six-month-old law that he built a website, Colorado Excluded, tracking which companies are avoiding hiring in Colorado. Currently, the site lists 110 firms and counting, including marquee names from Accenture and Airbnb to Samsung and Twitter.

It’s too soon to say if the law will impact people’s decisions to move to Colorado, Denver-based attorney Laura A. Mitchell told Insider. But those who already relocated will have to face the consequences of a law passed before remote work became the norm rather than the exception in many fields from tech to sales.

The damage wrought by California’s fires make headlines, but for the last 20 years, Colorado has battled its own devastating wildfires.

From 2000 to 2019, approximately 1.7 million Colorado acres burned, the Denver Post reported. In 2012 and 2013 alone, Lester said, blazes in Colorado Springs — a growing tech hub that is the state’s second-largest city — destroyed about 900 homes.

But three largest wildfires in Colorado history happened in 2020, he added, an indicator that things are getting worse. In 2020, the Rocky Mountain Area Coordination Center said fires burned 744,120 acres — almost half of the land charred over the previous nine years.

“People who don’t think our housing is at risk are just kidding themselves,” Colorado State Forester Mike Lester told Insider.

The problem is unlikely to subside anytime soon. Development in Colorado’s “wildland-urban interface zones” — where tree-filled wilderness meets man-made structures and risk of fire is higher — is expected to increase by 300% over the next 15 years, according to the Colorado Association of Realtors. Roughly half of the state’s 6 million residents live in those zones already, Lester said.

Fires are to Colorado what hurricanes and climate change is to Florida, Lester added, and new arrivals should know the risks.

“You have to pay attention to what the dangers are. For us, it’s fire,” he said. “People come out here who don’t understand that, and they need to.”

Taurasi says ‘magic slipped away’ from Mercury
16 mins ago 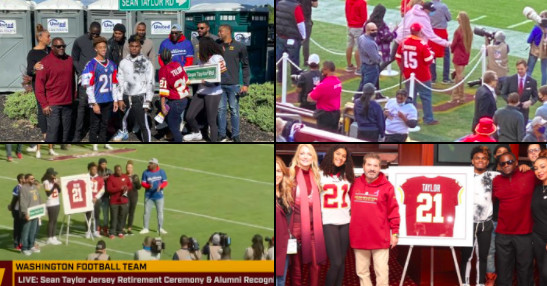