Rick Rieder, chief investment officer at BlackRock Financial Management, hinted that the firm ha already invested a percentage of its portfolio into crypto.

In an interview with CNBC’s Squawk Box on Wednesday, Rieder said BlackRock — with more than $8.6 trillion in assets under management — has “started to dabble a bit” into crypto investments. The chief investment officer described the volatility of cryptocurrencies like Bitcoin (BTC) as “extraordinary” but acknowledged that many investors were looking for “places that appreciate under the assumption that inflation moves higher as debts are building.”

“Holding some portion of what you hold in cash in things like crypto seems to make some sense to me, but I wouldn’t espouse a certain allocation or target holding,” said Reider. “My sense is the technology has evolved and the regulations have evolved to the point where a number of people find it should be part of the portfolio.”

Rieder did not specify what percentage of BlackRock’s assets under management may be in crypto, but his comments come following the multitrillion-dollar asset manager mentioning Bitcoin in two prospectus filings with the United States Securities and Exchange Commission. The filings suggest the possibility of BlackRock using Bitcoin derivatives and other assets as part of its investment scheme.

Executives at the asset management firm have spoken positively about crypto in recent months. Rieder previously said that Bitcoin has the potential to “take the place of gold to a large extent,” while in December 2020, CEO Larry Fink said Bitcoin caught his attention and could possibly evolve into a global market.

The chief investment officer’s recent remarks follow Tesla making a $1.5-billion Bitcoin purchase earlier this month, prompting many firms to face questions about if they’ll consider investing in the crypto asset. Microsoft and General Motors have both said they have no immediate plans to put Bitcoin on their balance sheets, while Amsterdam-based payment processor Adyen did not rule out the possibility. 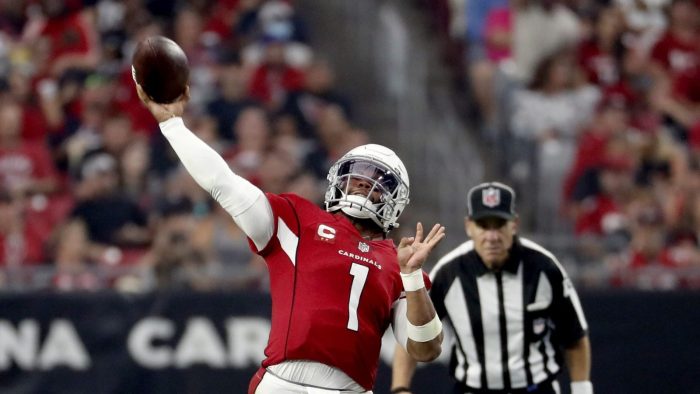 Kyler Murray Is A Human Highlight Reel
55 mins ago