A sustained rally that has brought the price of carbon allowances to new highs has triggered a market mechanism that could see the UK government intervening to bring down prices.

The global energy crunch and renewed focus on emissions after the UN climate summit in Glasgow has fuelled a surge in the price of allowances issued under the both the EU and UK emissions trading systems.

Under the systems, governments set a cap on the maximum level of emissions and create permits, or allowances, for each unit of emissions issued under the cap. Companies that are heavy polluters are obliged to buy credits granting them permission to emit one tonne of carbon.

A gas shortage has led some energy producers, which are regulated under the systems, to switch over to cheaper but dirtier coal. Since coal is more carbon intensive than gas, demand for allowances has increased.

In the UK, credits have remained at elevated prices for several months and came near a record of more than £75 a tonne last week. Meanwhile the price under the EU system hit a high of more than €81 on Monday. This compares with about €32 a tonne at the start of the year.

Prices were “just crazy”, but remained supported by fundamentals, including the energy crunch as the European winter was setting in, said Ingvild Sørhus, lead analyst at Refinitiv Carbon Research.

Consistently high prices since September triggered the UK’s “cost containment mechanism” (CCM) for the first time, which obliges policymakers to consider whether to intervene in the market. The government said it would announce whether to take action by December 14.

Even before the energy crunch, EU and UK carbon prices were rising as companies and traders digested the implications of increasingly ambitious national decarbonisation plans prompted by the UN climate summit in November.

Redshaw Advisors also noted on Monday that auctions for new allowances, under either of the systems, will not be held for almost a month following the final December sales.

Under the UK rules, the government intervention mechanism is triggered if allowances trade at more than double the average price of the previous two years for three consecutive months.

Since the system was established only in May, the threshold is calculated using a combination of historic UK and EU prices. The newer UK scheme has lower price and time triggers for the first two years it operates, compared with the EU’s equivalent mechanism.

Whether and how the UK government intervenes will depend on its assessment of the reasons for the rally. Policymakers must consider whether consistently high prices “correspond to market fundamentals”.

Action to push down prices could include increasing the number of credits due to be sold in upcoming auctions, which occur every two weeks, by bringing forward allowances from future years.

Sørhus said it would be important for the government to explain “the basis for its decision”. 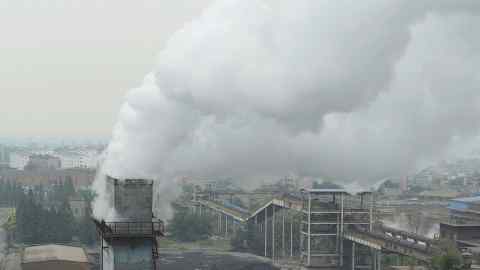 There were “good fundamental reasons for prices to be where they currently are,” said Sebastian Rilling, EU power and carbon markets analyst at ICIS, the market intelligence group. In addition to the effects of the gas crisis, there was relatively little supply in the new UK market, but substantial demand, he said.

Increasing the short-term supply of allowances is likely to reduce supply in the long term, since a finite number of credits are auctioned each year and the number sold annually is designed to fall over time to incentivise companies to reduce their emissions.

“This is why we would expect the impact of any action taken to be limited,” said Rilling.

Sources: Nets to shun deadline offers for Harden
1 hour ago