Inside the Cairo mausoleum of the storied Dramali family are seven richly-decorated marble tombs adorned with gilded floral designs and intricately-carved verses from the Koran.

The Dramalis, long a part of the Egyptian elite, trace their descent to an Ottoman prime minister of Turkey whose sons moved to Egypt in the 19th century. But now the 150-year-old mausoleum, and its vivid slice of Egyptian history, faces demolition.

Although protected by world heritage organisation Unesco, authorities are planning a major highway that will cut through Cairo’s oldest and largest necropolis to help ease traffic in the notoriously congested capital of 20m people.

The city’s two main cemeteries radiate north and south from a central citadel and are known as the City of the Dead. Surrounded by urban sprawl, building the new highway will entail removing thousands of family graves, including those of historic figures from Egyptian arts, literature and politics. Some mausoleums date back to the Arab conquest, 14 centuries ago.

“Everyone in my family feels broken by this,” said Wahid Mardenly, a businessman and scion of the Dramali family. “Our entire family is buried here. These are people who served Egypt. My great-grandfather built the first port for agricultural produce on the Nile in Cairo and he helped . . . establish the textile industry.”

Egypt is undergoing a massive infrastructure drive under president Abdel Fattah al-Sisi, the former general who ousted his elected Islamist predecessor in a popularly-backed coup in 2013.

The military has since overseen a huge roster of projects that includes bridges, utilities, real estate — even a new capital. By 2024 some $70bn will have been spent on transport alone, the transport minister has said.

Many of the ventures respond to real needs after decades of under-investment. But some have sparked concern about loss of heritage or destruction of Cairo’s already-scarce green spaces. The process is also marked by a top-down decision making process and a lack of public consultation.

Sometimes the authorities have heeded public concerns. Last year they cancelled construction of a flyover that would have disfigured a main square, dominated by a basilica, in the genteel neighbourhood of Heliopolis. But the district had already been transformed by serial street expansions, new bridges and the bulldozing of trees and green areas to create wide thoroughfares with fast traffic that are hazardous for pedestrians.

Hany Eissa al-Fekky, the engineer who designed the Heliopolis road expansions and the planned traffic artery through the City of the Dead, said Cairo is an old and overpopulated metropolis with limited options for urban planners seeking to ease its traffic jams.

“Cars are increasing in this city at an abnormal rate, so we are trying to expand and to build roads and create new axes to connect Cairo with the new cities that are being constructed [outside it]”, al-Fekky said. 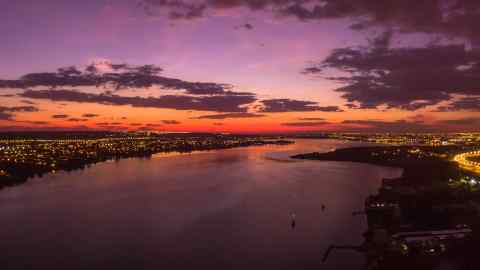 More than 2,000 family burial sites of little architectural significance will be demolished to make way for the new highway, al-Fekky said. He argued this would “better frame” the cemetery’s listed monuments.

Yet while a 2014 World Bank report estimated that Cairo’s traffic congestion cost Egypt 4 per cent of lost economic output a year, it also warned that building new roads “simply will not solve the problem.”

Conservationists also fear the new highway will fragment the cemetery, preparing it for its eventual disappearance.

Galila al-Kadi, emeritus professor of urban planning and author of a book on Cairo’s historic cemeteries, argues that both listed and unlisted buildings in the site are protected by the agreement with Unesco.

“The whole site is historic,” she said. “It is now the target of a fierce attack and many treasures will be lost,” she said.

That threat is already a partial reality. Historic Cairo’s world heritage attributes have “reached a critical point,” Unesco warned last year after many graves and family mausolea from the early 20th century were bulldozed to build a road through the northern cemetery.

The city’s historic sites are being “damaged cumulatively by . . . functional decay, demolition and major infrastructure development,” Unesco added, and “could rapidly reach an irreversible situation if urgent actions are not undertaken”.

Conservationists and families, who have proposed tunnelling the new highway under the cemetery, have petitioned the president to save the area, arguing its destruction would lead “to the loss of parts of the historic memory of the Egyptian nation.”

Mohamed Yakan, a grandson of Adly Yakan Pasha, a prime minister from the 1920s whose family mausoleum now faces demolition, complained he had received no official communication about what might happen, or when.

“It’s all verbal information . . . This way we cannot challenge the demolition in the courts,” he said. “If each generation removes [the traces] of its predecessors, we will have nothing to bequeath coming generations.”

Is this the way it ends for Aaron Rodgers? Why what-ifs and a ‘beautiful mystery’ linger in Green Bay
19 mins ago

Torrecilla plays for first time after brain tumor
52 mins ago