Sign up to myFT Daily Digest to be the first to know about Afghanistan news.

Britain on Friday night was set to end its civilian airlift out of Kabul, with defence secretary Ben Wallace expressing “deep regret” that as many as 1,100 Afghans eligible to come to the UK were likely to be left behind.

But Labour MPs claimed the true figure was likely to be much higher and the opposition accused prime minister Boris Johnson of “betraying” the promises made to those who helped UK forces in Afghanistan.

Boris Johnson said his government would “shift heaven and earth” to help Afghans leave the country after western forces complete their withdrawal. Labour demanded details on exactly how that would be achieved.

As the final evacuations drew to a close, Johnson’s government will now face awkward questions about its strained relationship with the US and the future direction of UK foreign policy.

Wallace said he had loosened regulations to “to pack people in” on the final flights out of Kabul; by Friday afternoon British troops had evacuated just under 14,000 people, double the number initially predicted.

We don’t have a foreign policy. We react to events rather than shape them

The danger facing people at the airport was underlined when Dominic Raab, UK foreign secretary, said two British adults and the child of a British national were among those killed in the suicide attacks on Thursday that claimed more than 100 lives.

There was cross-party praise for the British military for their role in the evacuation. UK forces are expected to leave Kabul on Sunday, ahead of the full withdrawal of US personnel by August 31.

Wallace admitted there were up to 1,100 Afghans eligible for evacuation who did not make it to the airport, who are likely to be left behind. But some Labour MPs, representing Afghan constituents, insisted that many more people eligible to come to the UK had not managed to flee.

“Out of hundreds only four we’ve heard from have made it out,” said Labour MP Jess Phillips. “All who’ve worked with UK/US in one way or another.” Sarah Jones, another Labour MP, said: “All but two of my cases are still in Afghanistan and I know many MPs are in a similar position.”

John Healey, shadow defence secretary, said the UK had been “utterly unprepared” for the evacuation. He said it was “agonising” for British troops, aid workers and diplomats to see Afghan colleagues left behind. “This will feel like Britain betraying the promises we made,” he said.

Afghan evacuees flew into Birmingham, Heathrow and the military air base at Brize Norton throughout the day on Friday before being sent on to quarantine hotels. They will then be allocated local authority accommodation.

Around 100 troops from the 1,000-strong British deployment to Kabul have already flown home. All soldiers returning to the UK will receive psychiatric “decompression” support while they are in quarantine, a defence official said.

Next week, Raab will face questions from the Commons foreign affairs committee over the evacuation, including on revelations in the Times that Foreign Office staff left documents with the contact details of Afghans working for them on the ground at the British embassy.

Wallace was critical of the diplomats involved. “The evidence looks pretty clear,” he told LBC Radio. “Clearly it’s not good enough, simple as that. I think the prime minister will be asking some questions.” 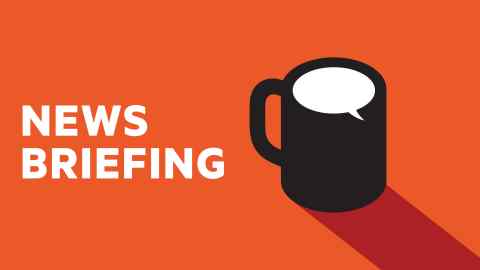 The Foreign Office said: “During the drawdown of our embassy every effort was made to destroy sensitive material.”

But Raab and Johnson will also come under scrutiny over the future of their “Global Britain” policy after Britain’s reliance on the US — and its weak influence over its closest ally — was exposed by the Kabul debacle.

Tobias Ellwood, Conservative chair of the Commons defence committee, told the FT: “We don’t have a foreign policy. We react to events rather than shape them.

“This has to be a totemic moment when we realise the limits of what ‘Global Britain’ is. We have to recognise that America doesn’t always make the right decision.” 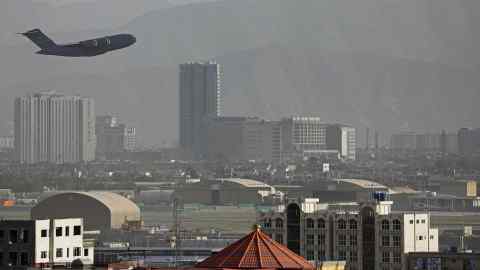 The trauma of recent weeks has been keenly felt by Afghan communities across Britain, including at the Afghanistan and Central Asian Association in Feltham, west London.

One of those seeking help, an Afghan-born British citizen from Feltham, said he was trying to get his aunt and her daughter-in-law, both former members of Afghanistan’s judiciary, out of the country.

The daughter-in-law had a visa to come to the UK but was unable to travel because of the ending of evacuation flights, he said.

“They’re in hiding,” he said. “I haven’t heard anything from them. I’ve just come to see what I can do to help them leave Afghanistan.”

Tiger says he’s ‘lucky to be alive,’ still have leg
46 mins ago