Sign up to myFT Daily Digest to be the first to know about COP26 news.

The UK has issued a last-minute quarantine waiver for ministers from “red list” countries attending the upcoming UN climate summit, bowing to complaints from scores of countries that they would otherwise be unable to participate.

With under 40 days to go before the summit in Glasgow in November, delegations from almost 200 countries are scrambling to finalise travel arrangements and comply with Covid-19 travel curbs.

As the UK forges ahead with plans to hold the summit in-person, organisers face the risk that delegations will be severely reduced or limited by the pandemic.

To avoid this, the UK has decided to ease the travel rules for COP26 delegates, including by accepting all varieties of Covid-19 vaccine, and by exempting red list ministers plus two staff from hotel quarantine. The ministerial exemption policy was quietly published in a document posted to the COP26 website late on Wednesday.

The UK’s sudden shift follows a formal protest from Latin American nations in a joint letter to the Foreign Office on September 3.

The letter asked the UK to revisit the “discriminatory” five-day isolation rule for visiting delegations, and warned it would “objectively function as a ban on a number of high-level officials, who cannot afford to sit idly for five days of quarantine”.

Wendy Morton, minister for Europe and the Americas at the Foreign Office, replied a week later that the UK was “testing the limits of what can be done” in holding the conference. Copies of both letters were made available to the Financial Times.

Many other countries have also complained and more than 1,500 climate charities have asked for COP26 to be delayed, saying it will be unfair to hold an event that risks excluding the developing world.

“It’s a first step but I think it’s insufficient,” said one Latin American ambassador on Wednesday, referring to the ministerial exemption.

Other delegates from red-list countries will still have to quarantine, including technical negotiators and observers from non-governmental organisations.

Latin America is a significant player at the COP26 gathering because the region is home to the Amazon, the world’s largest remaining tropical rainforest.

Its diplomats say the UK’s travel rules are unfair because the red list includes only developing nations, and is out of line with rules applied to their region by the rest of Europe or the US.

“The UK seems to believe that the COP is a UK affair,” said one Latin American ambassador. “They don’t seem to realise that it’s a UN affair, where they will be discriminating against a large chunk of the world.” 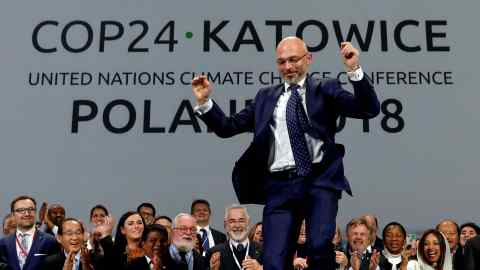 The foreign ministers of Brazil and Mexico, the region’s two biggest countries, were highly unlikely to attend if they had to quarantine, diplomats said.

Ambassadors from Latin America were furious when Britain moved several Asian and African countries from red to amber travel status last week, even though their vaccination rates were much lower than those of many Latin American countries and, in the case of Sri Lanka, their infection rate higher.

A government spokesperson said: “Our assessments are not based solely on infection rates and also take into account the prevalence of high-risk variants.” The COP26 press office declined to comment.

“We asked British officials what Egypt or Sri Lanka are doing right that we need to do in order to leave the red list,” said one Latin American ambassador. “Nobody could give us an answer.”

How good is your NFL coach on fourth-down calls? We rank all 32
32 mins ago