Residents plan to buy their police station so they can make sure it is still used by the community.

Local groups have expressed an interest in buying Notting Hill Police Station, which could prevent it being sold off for private use.

The Mayor’s Office of Policing and Crime (MOPC) wants to sell the building on Ladbroke Road to make financial savings but Kensington and Chelsea Council hopes to keep it for community use. 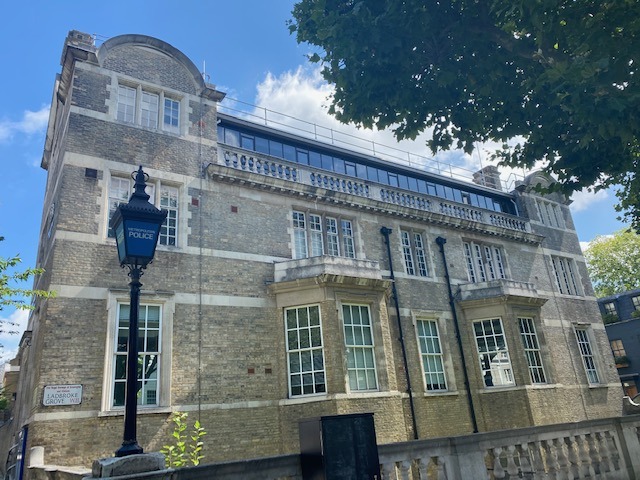 Local residents and politicians were outraged by the MOPC’s plan to sell the station, which it announced in July 2021.

Various groups claimed it should be kept because a greater police presence is needed locally.

Kensington and Chelsea council wants to prevent the station from being turned into luxury housing.

It has listed it as an asset of community value, which means it serves the wellbeing and interests locals.

Cllr Johnny Thalassites, lead member for planning for Kensington and Chelsea, said: “It’s still disappointing that Notting Hill Police Station is up for sale, given how important community safety is to residents.

“Thankfully, the police station’s status as an asset of community value has delayed the sale for six months, allowing the community time to raise funds and place a bid for the property.

“We are behind every attempt to keep this space for the benefit of the community and we have more safeguards in our local plan to help keep social and community uses of the building in the future.”

Three groups have shown interest in purchasing the station, which has triggered a six-month halt on the sale of the property so it cannot be sold before January 30, 2022.

A spokesperson for the Mayor of London previously said the station was closed to protect the number of police officers.

They added that a review of the Met’s entire estate is being done and the frontline is being prioritised over buildings that are not fit for purpose.

The front counter of Notting Hill Police Station was closed in 2017 and it then remained open as a drop-in base for officers.

A council spokesperson said: “Community safety is a council priority, investing over £500,000 in CCTV over the last year and developing a new strategy which includes plans for continued improvements to CCTV.

“The council’s community wardens team works with enforcement officers and the police to tackle anti-social behaviour.”