Creeping downstairs while the rest of my family slept, I carried my pillowcases and pyjamas to the washing machine and stuffed them in. Then I showered, found a fresh pair of pyjamas and tiptoed back to bed, exhausted.

It was the fourth time it had happened in a week — all because of night sweats. I don’t just mean getting a bit hot. My entire bed would be drenched — sheets, pillows, duvet.

My pyjamas would stick to me, so much so that I’d wake up frozen because I was wet through.

I was exhausted and worried. I was expecting to be told it was ‘just’ the perimenopause and while my GP was reassuring, she sent me for blood tests to rule out ‘anything sinister’. But when the results came through a few days later, my doctor sounded different

My husband Cornel, 40, a pianist who works long hours and needs to get his sleep, had grown used to me waking in the night and having to perform my ritual of changing my half of the bedding (my pillowcases and occasionally waking him if it’s bad enough to change the sheets, too) and my nightwear.

As I’m 44, I initially put it down to the perimenopause, the gradual transition to the menopause that can last for up to ten years before the big event itself, which occurs at the age of 51 for the average British woman.

Night sweats are one of the symptoms of perimenopause, along with hot flushes, mood swings, irritability and irregular periods.

But I had none of these other symptoms. I eventually called my GP in June this year, as by then I’d had five weeks of night sweats without a break.

I was exhausted and worried. I was expecting to be told it was ‘just’ the perimenopause and while my GP was reassuring, she sent me for blood tests to rule out ‘anything sinister’.

But when the results came through a few days later, my doctor sounded different.

‘What I’m about to say may be shocking,’ she said, gently. ‘But you’re being referred to oncology.’ I gripped the phone. ‘You mean a cancer specialist?’ I said.

The tests showed my white blood cell levels — which are involved in fighting infection — to be a ‘little low’.

This, my GP said, together with night sweats can be a sign of lymphoma — cancer of the lymphatic system, a body-wide infection-fighting network of vessels and glands that includes the lymph nodes.

It’s not known why lymphoma causes night sweats although they may be a response to some of the chemicals, cytokines, produced by the lymphoma cells.

The worrying thing was this isn’t a rare cancer. Every 40 minutes someone in the UK is diagnosed with lymphoma and, with 14,000 new cases a year, it is the fifth most common cancer, says charity Lymphoma Action.

The disease starts when a lymphocyte, a disease-fighting white blood cell that travels around the body in the lymphatic system, starts to multiply rapidly. The tests showed my white blood cell levels — which are involved in fighting infection — to be a ‘little low’. This, my GP said, together with night sweats can be a sign of lymphoma — cancer of the lymphatic system

This produces many more diseased and fast-growing lymphocytes and causes the lymph nodes, spleen and liver to swell.

There are more than 70 types of lymphoma and, in most cases, there is no known cause.

Two weeks later, I was sitting in my local hospital waiting to see the oncologist.

The oncologist asked me about my symptoms — weeks of drenching night sweats — and explained that my blood test results could indeed be a sign of lymphoma.

It seems that if the cancer is in the bone marrow — the body’s blood cell ‘factory’ — blood cell production can fall, leading to low cell counts in tests.

He asked about other symptoms. Did I have bone pain? Tiredness? I said yes to both: as a mother of two children aged 12 and seven, and working full time as a writer, I’m usually in my pyjamas by 9pm. But I wasn’t that tired; most mothers felt the same, so they told me.

He said these may simply be ‘reactive’ lymph nodes — glands that had swollen while the body was fighting off any infection, and ‘shouldn’t be anything to worry about’. But he could not rule out cancer, due to the night sweats.

Lymphoma symptoms can be vague and easily confused with other illnesses, says John Radford, a professor of medical oncology at the Christie NHS Foundation Trust in Manchester and president of Lymphoma Action, with the most common being ‘lumps due to swollen lymph nodes, fatigue, weight loss without trying and itching’.

I’d not lost weight and wasn’t itching. Still, my terrified Google searches told me that for some, night sweats can be the only symptom of lymphoma. The weeks until my next appointment, worrying I had lymphoma, were terrible. I thought about how I’d tell my children, whether I’d be able to keep working, what chemotherapy might be like.

But for women of my age, night sweats can also relate to perimenopause. In fact, 35 to 50 per cent of women going through perimenopause will experience night sweats due to falling levels of oestrogen — a figure that can climb to 75 per cent during the menopause itself.

Despite this, it is important not to always assume night sweats are due to the menopause or perimenopause, says Dr Tania Adib, a consultant gynaecologist at the Lister Hospital in London.

‘Night sweats related to the perimenopause are often accompanied by hot flushes during the day and other symptoms such as brain fog, loss of memory and concentration and joint ache,’ she says.

‘Night sweats related to more serious conditions tend to be severe and leave you drenched, as if you have just got out of a swimming pool, despite being in a cool environment. Patients may also have fever, cough and breathlessness, diarrhoea, easy bruising, abdominal pain, bone pain and frequent infections.’

Indeed, ‘night sweats can be caused by lots of other conditions, such as infections, anxiety and menopause, or can be a side-effect of certain medicines,’ says Professor Radford. Medicines that can cause night sweats include steroids, antidepressants and some diabetes medications. The sweats associated with lymphoma are described as ‘drenching’ — bad enough that you have to get up and change your nightclothes and bedding, sometimes more than once a night — just like mine.

While they’re typically called night sweats, they can sometimes happen in the day. Their frequency can vary, says Professor Radford — but at their most severe they happen ‘most nights and sometimes more than once’.

‘If night sweats are bothering you and you have other symptoms, such as lumps or fatigue, see your doctor and get checked out,’ adds Dr Adib.

Days after seeing the oncologist I had a CT scan and ten days later I returned for my results. At the risk of overdramatising, I spent the night before my July appointment unable to sleep. In lockdown, with not much else to distract me, I’d been Googling my symptoms — night sweats, lumps, low white blood cells — and they all pointed to lymphoma. I sat in the waiting room barely able to stop myself shaking. Then I went in.

‘I’ll tell you straight away,’ my consultant said before I’d even sat down. ‘It’s good news.’ I almost fell into the chair with relief. The CT scan had shown no sinister lumps or masses and had confirmed the two worrying lumps were indeed reactive lymph nodes, likely still swollen from a past infection.

As for my blood tests, which were repeated, my white blood cells were still low, but the consultant said ‘many people have this and there is no explanation’.

But what about the night sweats? She said they were likely part of my perimenopause.

As I still experience night sweats — apparently they can come and go — I am waiting to be referred for hormone tests to confirm this diagnosis. If they are due to perimenopause, then hormone replacement therapy, routinely used to ease the symptoms of the menopause and also given earlier to help with the perimenopause, may be prescribed.

But for now, I am still floating on the huge relief that came with my diagnosis.

I am telling my story to warn people that they should not dismiss symptoms which can point to menopause, just in case it is more sinister. As I learnt, many symptoms overlap with serious conditions, even cancer. I was lucky. But others might not be.

Do I really need….. A blue light for acne?

Claim: ‘Scientists have proven that blue light with a wavelength of 415nm can kill acne-causing bacteria,’ says the maker of this USB-charged stick-on gadget. ‘All you need is 20 minutes per day . . . and your skin will be left clearer.’

‘Other treatments — such as antibiotics and retinoids [which increase cell turnover and unclog pores] — have been shown to be more effective.

‘However, many of these treatments are contraindicated in pregnancy — so for pregnant acne patients I will often suggest blue light masks for home use, in combination with some creams that are allowed.

‘Most people have acne in many different areas of their face, so if you do want to use blue light, I think a full face mask, rather than a patch, is a better idea.’

MLB Free Agency Is in Overdrive. What Does That Tell Us About the Negotiations to Come?
2 mins ago 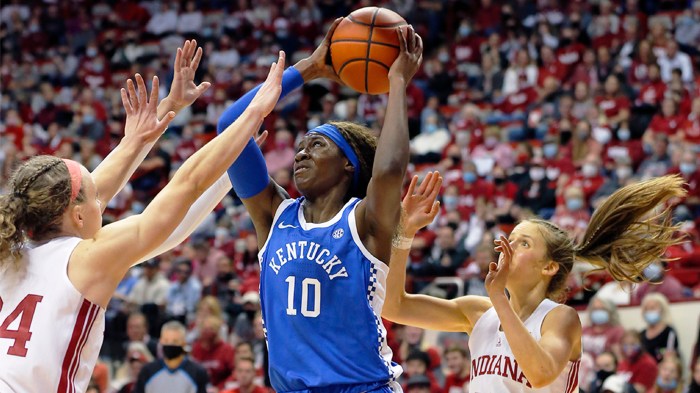 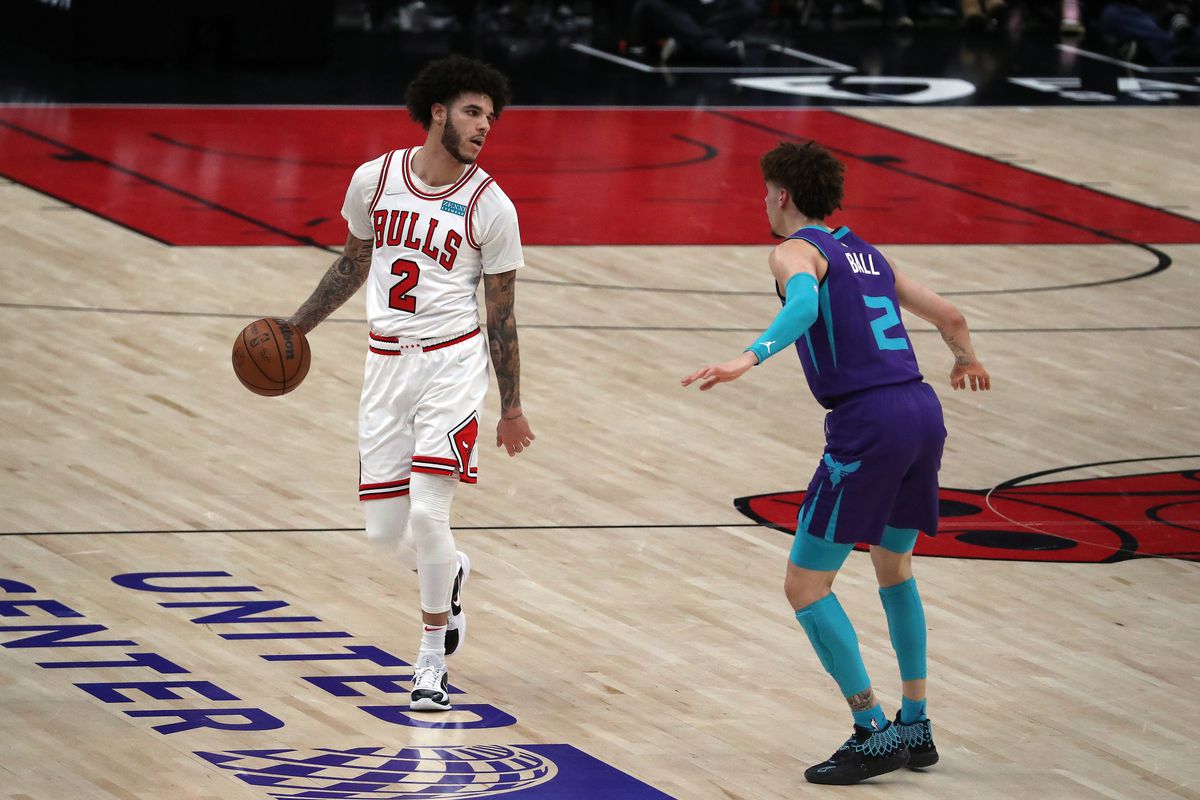 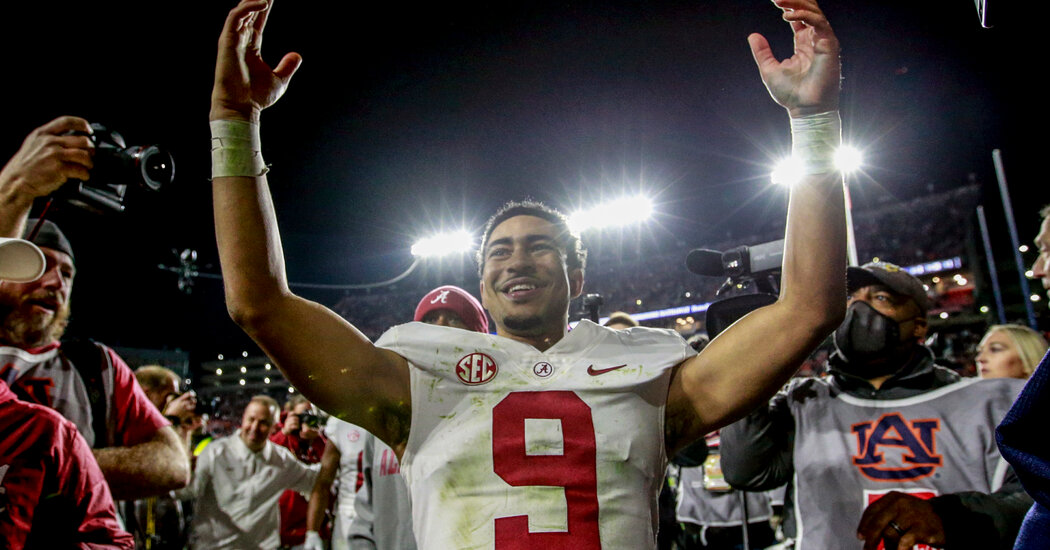