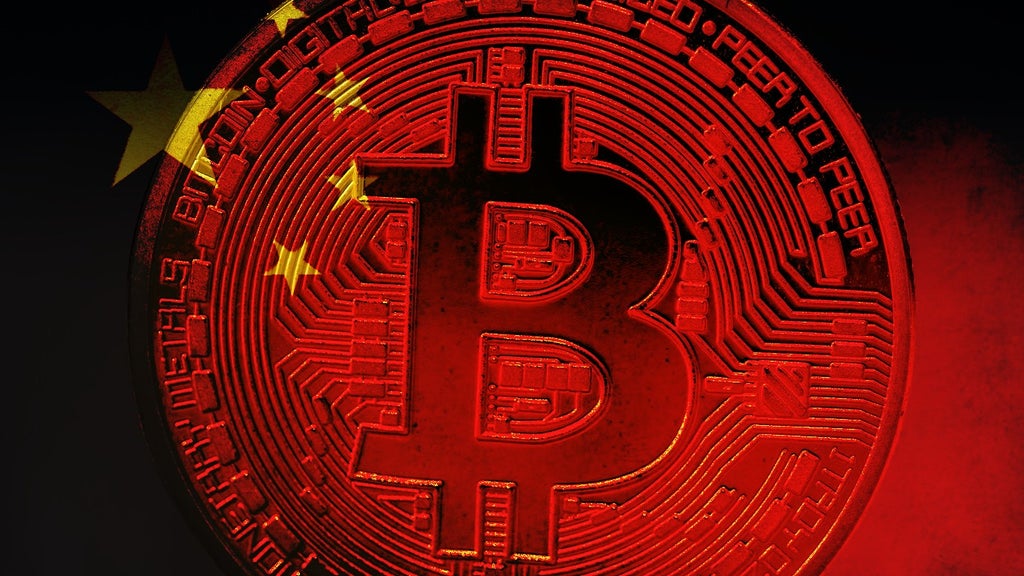 ryptocurrencies sunk today after the People’s Bank of China signalled it was stepping up the country’s crackdown on the market.

China’s central bank said all forms of cryptocurrency transactions were illegal and should be banned in a Q&A posted on its website, Bloomberg reported. Offshore providers of crypto services to Chinese citizens are also in violation of the law, PBoC said.

The language signalled a stepping up of China’s crackdown on cryptocurrencies and sent prices sinking across the market. Bitcoin, the world’s biggest crypto token, fell as much as 5% on the update before parring back losses to trade at $42,507, a loss of 2.6% on the day.

Stocks with significant exposure to cryptocurrency suffered. Coinbase, the US cryptocurrency exchange, sunk 3.6% in the pre-market in New York and crypto miner Argo Blockchain sunk 10% in London.

The tough language from China’s central bank extends a crackdown on the industry. Beijing has long disapproved of cryptocurrencies but has significantly stepped up action against the sector this year. Officials see crypto as a drain on energy resources and a potential magnet for money laundering and other illicit activity.

In June, key Chinese provinces banned cryptocurrency mining. Mining is the complex computing work that underpins the networks of bitcoin and other cryptocurrencies. China is the global hub for this energy-intensive activity, accounting for 46% of the “hash rate” — industry speak for computing power — on the network as of April this year, according to the University of Cambridge.

Regulators around the world have been increasing scrutiny of cryptocurrency companies this year. The UK’s Financial Conduct Authority played a leading role in the ongoing global crackdown on exchange operator Binance this year, while the US Securities and Exchange Commission (SEC) recently threatened to sue Coinbase over plans to launch a lending product. New SEC chair Gary Gensler has said protecting consumers in the crypto market is one of his top priorities and the FCA said earlier this month it wanted new powers to tackle the market.

The crackdown has coincided with bitcoin and other cryptocurrencies reaching record highs earlier this year. Experts say the market has become too big to ignore, drawing the attention of regulators worldwide.

China has been cracking down on the broader technology sector in 2021, amid concerns that tech giants are becoming too powerful. Today’s crypto action hit other Chinese tech stocks. Alibaba fell 1.9% in New York, JD.com dropped 1.7% and Baidu was 1.6% lower.