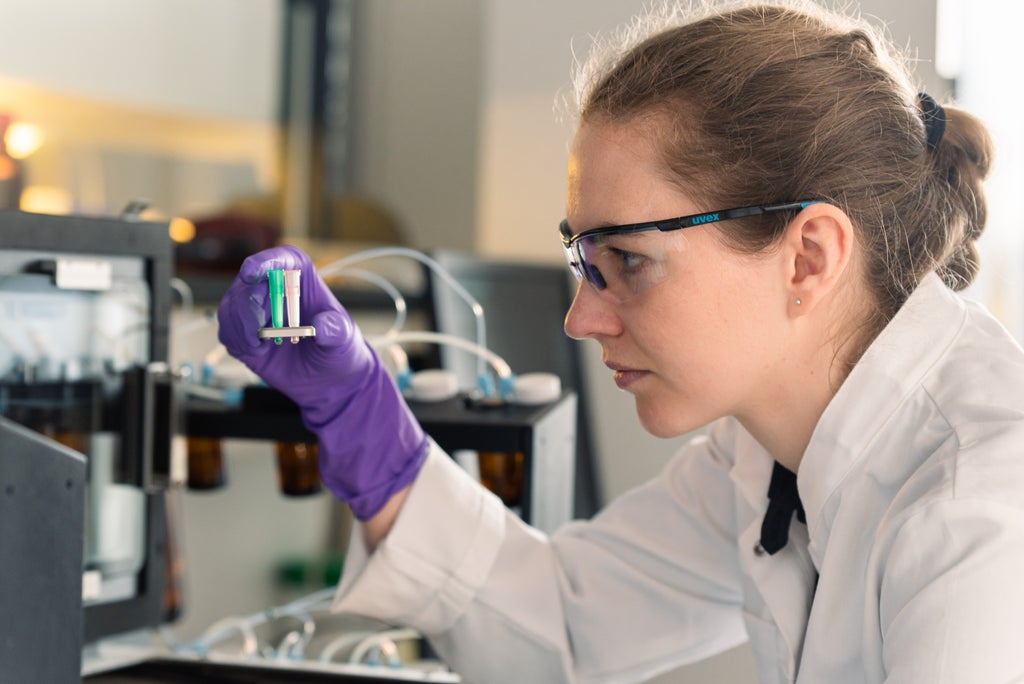 I’ll tell you this fun story,” Mark Rothera says with a twinkle in his eyes.

“When I was 17 or 18, I was really into science, and one day after school – as you do – I called up Patrick Moore, the astronomer from The Sky At Night on television.”

Rothera, then a pupil at Ardingly College deep in the Sussex countryside, went on: “I asked can I come and talk to you about astronomy?

“He said ‘sure’, so I went down to his place in Selsey down on the coast.

“He was an extraordinary man and an incredible character.

“When I arrived he pulled a book off a shelf called The Moon and said ‘I wrote this when I was six’.”

The friendship that developed led to Rothera landing a gap-year job at the Greenwich Royal Observatory where he spent a year working to capture the light from the night sky on early digital cameras, gradually building up images of stars billions of light years away.

The early lesson in patience, it would transpire, was a virtue.

For even by the glacial pace of much pharmaceutical research, Silence Therapeutics — the company Rothera heads four decades later — is a slow burn.

“Twenty years is quite a long time”

The Hammersmith-based biotech has existed in its present form for 20 years but is yet to bring a product to market.

Rothera, 59, who was parachuted in last year after the sudden departure of his predecessor amid legal wrangles involving a previous company, intends to finally turn up the volume.

A serial biotech builder with 30 years and seven firms under his belt — most recently Orchard Therapeutics which he took from a private start-up to a float on the Nasdaq with a $1.7 billion market cap — his ambitions for Silence are perhaps even greater.

The company, listed on the AIM and the Nasdaq, is one of four biotechs around the world leading development of a new class of medicine which, quite literally, shoots the messenger.

Patients born with a genetic disease inject a drug which is programmed to finds its way to cells in a specified organ. Once there, it prevents the faulty gene from being expressed as a protein by smothering the messenger RNA (mRNA) template.

‘This has got potential’

SLN124, one of its two lead assets, targets iron regulator hepcidin in the liver, which is linked to inherited blood disorder beta-thalassemia.

The condition prevents a sufferer’s bone marrow from producing enough healthy red blood cells, which can lead to anaemia.

Symptoms include slow growth, brittle bones and tiredness and, in more severe cases, iron overload in cells which can trigger serious liver and heart disease and hormone imbalance.

The only current treatment for such severe cases is regular blood transfusion.

Results of patient trials are due next year after promising early read-outs.

Its second key programme, SLN360 silences the lipoprotein (LPA) gene, an inherited cardiovascular risk factor. Damping down its production is expected to lower the risk of heart attacks and strokes.

Massachusetts-based Alnylam is the current leader in the sector and has forged a path with four drugs using similar technology in use in the US and a $20 billion market cap.

Silence is valued at around $750 million. AstraZeneca lit a fire under the share price last year, investing $60 million to research ways of using Silence’s patented GalNAc tag to direct the mRNA muting molecule to organs other than the liver.

Rothera joined last September in the midst of the pandemic but has visited the Hammersmith HQ and Berlin lab — which house around 120 staff in all— at least a dozen times from his New York base.

“The question now is how we crank up the engine”

He said: “This is my seventh biotech and what you start to see along the journey are the ingredients that will lead to a successful company.

“When I looked into Silence I just thought ‘wow’ this has got potential.

“If you’ve got good ingredients, the technology, the opportunities and good people all you need to do is decide how you harness that. What I think has been missing was an aligned strategy.

“At the moment we are focused on the liver and there are plenty of things to do there but I think in the future there are a lot of other possibilities in the brain, the heart, the lungs and other systems.

“The question now is how we crank up the engine to leverage a technology that we’ve developed over 20 years to the betterment of patients to a whole range of conditions which previously could not be targeted in this way.

“I’m very grateful to the shareholders who have supported the journey. Twenty years is quite a long time.. it’s been maturing, and thankfully I’d say now is its time.”

Shares in Silence Therapeutics have risen steadily this year, up 4% so far, and trade at around 535p.

Tuchel calls on squad after Lukaku, Werner injuries
5 mins ago