The US markets ended Thursday’s trading strongly, creating positive momentum for trading on Friday. If the US report does not lead to a big disappointment, we could say that the recent period of mixed market performance and the ‘s upward correction is over.

After touching all-time highs on Apr. 29, the index was under pressure, subsequently losing around 5%. However, the increased buying in such a downturn suggests buying-the-dip bias still rules the markets. Notably, buying at the 5% correction was evident near the session’s close on Tuesday and Thursday, indicating the confidence of institutional players in the fundamentals for buying stocks.

The avoided any significant drawdown at all, closing on the plus side each trading day in May and closing Thursday with a gain of 0.9%. 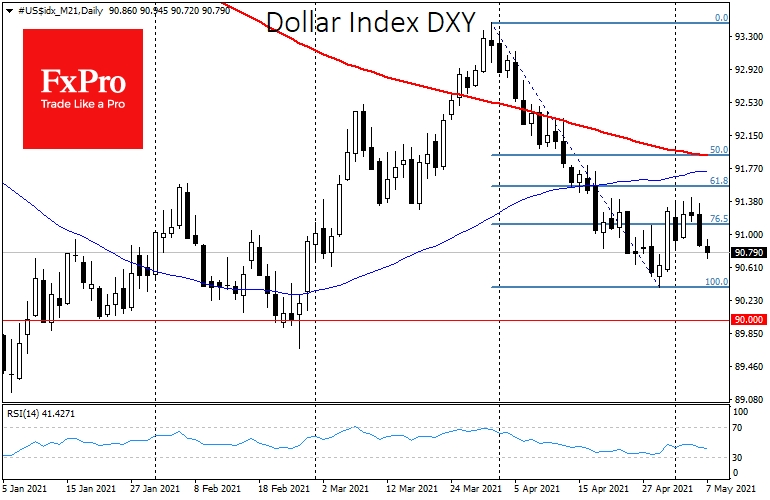 Meantime, the FX market had been signalling even earlier that we saw a short-term shake-out of portfolios rather than a full-blown risk-off. The USD strength has stalled in early May at the levels near 61.8% Fibonacci retracement of the move in April.

The bears have been methodically reversing the pair downward for the last five weeks. The Canadian dollar is the first among the major currencies to regain the highs against the dollar in recent years. This pair should be considered a manifestation of the interest of American investors, where the dollar bears are winning. 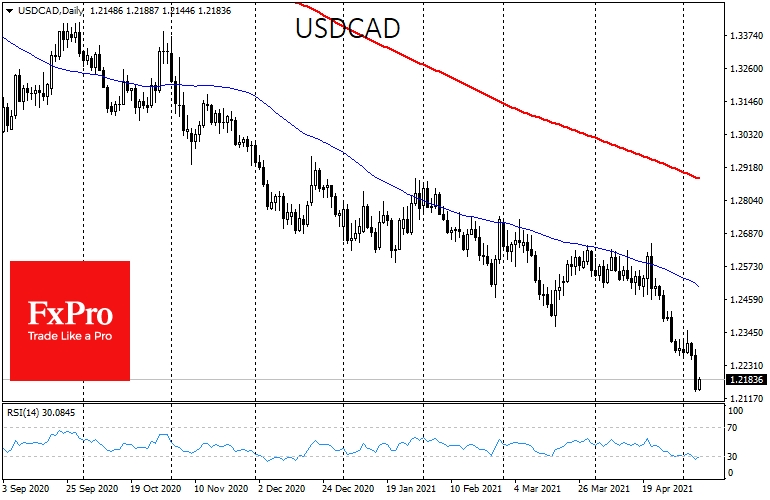 , an indicator of sentiment towards China, also completed its mini-correction. New local lows in the pair confirm the prevalence of demand for risky assets. It is still very weak in Chinese equities but by no means spoils the global risk appetite.

These are favourable conditions for the equity market before the major regulators, the Fed, the ECB, the Bank of Japan, and the Bank of England make first steps toward a policy tightening. But they are not there yet.

Until then, in FX, the dollar risks being the main straggler, retreating against a wide range of currencies from CAD, and to , and .