This robust performance can be attributed to the graphics chip specialist’s release of strong second-quarter results and continued investor enthusiasm about its long-term growth potential.

On Aug. 18, Nvidia released fiscal second-quarter results that beat Wall Street’s consensus estimates for revenue and earnings, and issued fiscal third-quarter guidance for the top and bottom lines that also came in higher than analysts had been expecting.

Shares popped 15.3% in the three days following the release, while the broader market was up 1.8% during this period. Shares continued to move upward throughout the rest of the month.

In its fiscal second quarter, Nvidia’s revenue surged 68% year over year to $6.51 billion, topping its guidance of $6.30 billion and the analyst consensus estimate of $6.33 billion. All four platforms posted at least double-digit year-over-year growth, with the two largest platforms, gaming and data center, growing revenue by 85% and 35%, respectively.

Nvidia’s results also got a boost from sales of its cryptocurrency mining processor, launched earlier this year. CMP sales were $266 million, or about 4.1% of the company’s total quarterly revenue. 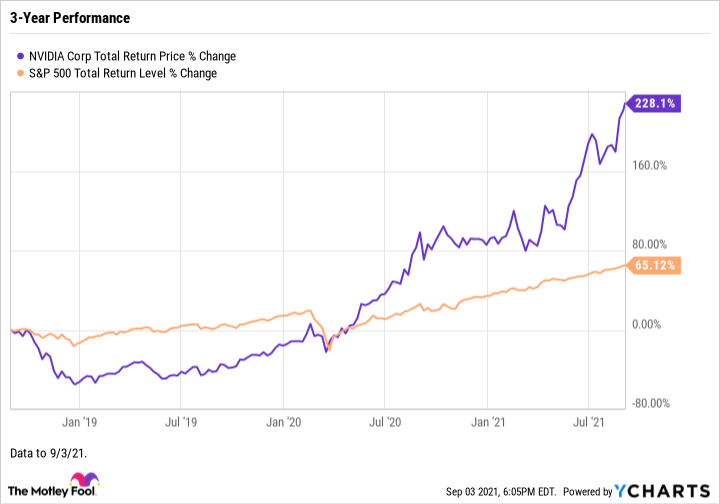 For fiscal Q3, management projects revenue of $6.80 billion, representing growth of 44% year over year. It also guided (albeit indirectly, by providing a bunch of inputs) for adjusted EPS of $1.10, or growth of 51%.

I’ll reiterate what I said in my earnings article: Nvidia stock is one of the best growth stocks in the market today, in my view.

Kyrie: Happy to thrive on pressure with KD out
2 hours ago

Kyrie: Happy to thrive on pressure with KD out