Shares of Upstart Holdings (NASDAQ:UPST) were up a stunning 89.7% in August, according to data provided by S&P Global Market Intelligence. In short, Upstart has absolutely shocked the pundits in its short time as a public company. And in August, it reported quarterly financial results that blew Wall Street away yet again.

Upstart is a company trying to use artificial intelligence (AI) to efficiently automate the lending industry — right now the company is primarily focused on the unsecured personal loan market, but has aspirations for vehicle loans and perhaps even mortgages someday. Upstart makes money by charging banks fees for referrals, fees when loans are originated, and servicing fees as consumers pay back loans over time.

Over the past year, this has been a tremendous opportunity for Upstart as evidenced by its financial results for the second quarter of 2021. Reported on Aug. 10, the company’s Q2 revenue soared over 1,000% year over year to $194 million. Suffice it to say these results shocked investors and led to the stock nearly doubling in August.

This jump in Upstart’s revenue is due to a dramatic increase in loan originations, which were up over 1,600% year over year in Q2. However, the increase in loan originations was possible in part due to the increase of banks and credit unions on the Upstart platform. In September 2020, the company had just 10 bank partners on its platform; now it has 25 banks and credit unions using its AI technology. 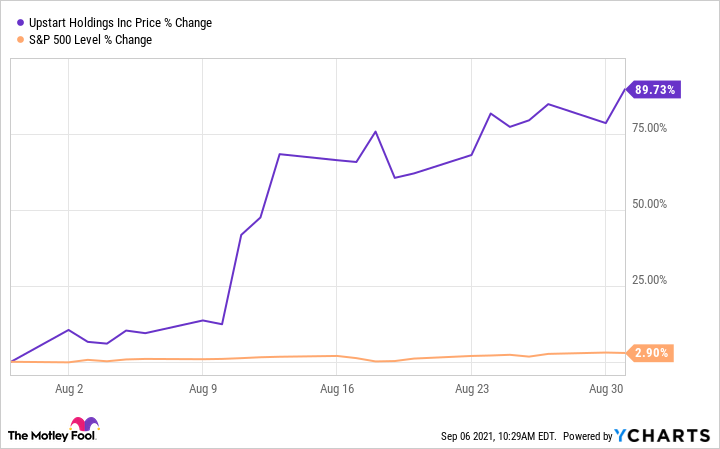 Wall Street has routinely underestimated Upstart. In Q2, the company handily beat expectations on its top and bottom lines. Moreover, it raised full-year revenue guidance from $600 million to $750 million — blasting around 25% past analysts’ estimates.

For this reason, I think it’s prudent for investors tune out noise and pay extra close attention to the long-term vision from Upstart’s management. The pundits will likely sound alarms along the way, which could result in some short-term volatility — after all, the stock is already roughly a ten-bagger since its initial public offering less than a year ago. However, since Upstart is outperforming even the most bullish projections from the analyst community, I think this signals that the market still hasn’t grasped how big Upstart’s potential is.

The strike that wasn’t: How the 268th pitch became the defining moment of ALCS Game 4
36 mins ago

NFL reporters pick possible trade targets: Which players could be moved before the deadline?
52 mins ago