Both the Dow Jones Industrial Average and S&P 500 traded down on Friday, despite the tech-heavy Nasdaq seeing a slight increase. The mixed performance followed the Labor Department’s August employment report, which added just 235,000 nonfarm payroll jobs compared to the 720,000 expected. In turn, this may force the Federal Reserve to delay tapering its economic stimulus programs, which the central bank has indicated may begin as early as this year.

However, the week didn’t end on all bad news. For one, Thursday’s jobless report found that, in the prior week, just 340,000 new claims were filed. Additionally, the unemployment rate for the prior week fell in line with economist expectations, dropping from 5.4% to 5.2%.

And with last week’s refresher out of the way, let’s jump into the reason you’re here: Q.ai’s daily trending stock list.

Q.ai runs daily factor models to get the most up-to-date reading on stocks and ETFs. Our deep-learning algorithms use Artificial Intelligence (AI) technology to provide an in-depth, intelligence-based look at a company – so you don’t have to do the digging yourself.

Sign up for the free Forbes AI Investor newsletter here to join an exclusive AI investing community and get premium investing ideas before markets open.

Boeing is once again trending on unfortunate news after Ryanair Group CEO Michael O’Leary said that it was withdrawing from talks about future jet orders thanks to price disputes. Ryanair had been looking into purchasing several 737 MAX 10 jets – a potential boost worth billions of dollars for Boeing’s faltering balance sheet.

While the companies had been wrangling over prices for months, O’Leary publicly denounced the potential for a deal on Monday, noting that “Boeing have a more optimistic outlook on aircraft pricing…and we have a disciplined track record of not paying high prices for aircraft.”

Thus far, Boeing has responded by stating that “We value [Ryanair’s] business and are committed to supporting them. At the same time, we continue to…make decisions that make sense for our customers and our company.” Boeing’s lack of sudden capitulation may be due to the company recently receiving an order for 150 MAX 10s from United Airlines.

Over the last three fiscal years, Boeing’s revenue plunged from $101.1 billion to $58.2 billion, aided downward by issues with its 737 MAX jets and, naturally, the pandemic. As a result, operating income also fell from $11.8 billion to $8.7 billion. That said, per-share earnings actually rose in the three-year period from $17.85 to $20.88, despite return on equity plunging from 985% to nonexistent.

At this time, Boeing is expected to see around 15% revenue growth in the next year. Our AI rates this trending stock C in Technicals, D in Growth and Low Volatility Momentum, and F in Quality Value.

The New York Times often makes our trending lists thanks to sustained interest in the company’s journalism and a general upward stock price trend over the last five years. As one of the most well-known names in journalism, the newspaper is often at the forefront of the news cycle. And thanks to its improving prospects following the paper’s adjustments to the digital age, investors have begun to take note of its potential, as well.

For instance, in the company’s most recent earnings report, The New York Times posted total revenues of nearly $499 million for the quarter, with per-share earnings of 36 cents. Investors can thank subscription revenues for the company’s welcome turnaround, which comprised $339.2 million of the quarterly total, lifted largely by rising digital subscription numbers. Many readers also graduated from introductory pricing to “actual” pricing in the quarter, further bolstering returns.

Over the last three years, the New York Times’ revenue has grown from $1.73 billion to $1.75 billion, with 7.2% of that growth occurring in the most recent fiscal year. In the same period, operating income slipped from $188.3 million to $174.4 million, despite the most recent year seeing around 37.6% gains. Per share earnings fell, too, from 75 cents to 60 cents, as return on equity nearly halved from 13% to 8%.

Currently, The New York Times Company’s revenue is expected to grow by 2.9% in the next 12 months. Our artificial intelligence models rate this trending stock A in Growth, C in Low Volatility Momentum and Quality Value, and D in Technicals.

International Business Machines Corporation slipped 0.3% to $139.58 per share on Friday, closing out the day on the back of 1.9 million trades. The stock sits right in line with its 10-day price average, though it remains up 10.9% YTD. Currently, IBM trades at 12x forward earnings.

IBM is trending this week after being named as the defendant in a federal lawsuit by its own employees two weeks ago. The lawsuit, which was filed in Northern California, claims that IBM refuses to uphold its contractual obligation to pay commissions detailed in written documents to its sales staff. IBM, which has been hit by nearly three dozen such lawsuits since 2014, claims in return that the incentive plan letters it hands out quarterly do not constitute a legal obligation.

If the lawsuit gains momentum, it could prove trouble for the tech company’s balance sheet, which was hit hard during the pandemic year. In fact, over the last three fiscal years, IBM’s revenue sank from $79.6 billion to $73.6 billion, though the last fiscal year did see growth around 1%. However, the company’s other fundamentals saw nothing but negative growth in the period. Operating income dropped from $13.2 billion to $8.6 billion; per-share earnings slid from $9.52 to $6.23; and return on equity nearly halved to 26.4% from 50.3%.

Going forward, IBM is expected to see around 0.75% revenue growth in the next year. Our AI rates this trending stock B in Quality Value, C in Growth and Low Volatility Momentum, and D in Technicals.

Weibo Corporation is a Chinese social networking company that became famous thanks to Sina Weibo, its microblogging website. Based in Beijing, China, the company had a rough few months following its Q1 2021 earnings report, which found that the site’s popularity has dwindled this year despite solid revenue growth.

More recently, Weibo is trending after China turned its regulatory eye toward the domestic entertainment industry, which some investors fear could impact its social media framework. In particular, a number of notable Chinese celebrities have been all but erased from the country’s insulated internet over the summer. Authorities also turned their gaze toward regulating celebrity fan culture – particularly, enacting controls that prohibit celebrities and reality shows from showing off their wealth, cap salaries, and crack down on tax evasion.

Over the last fiscal year, Weibo Corporation saw revenue growth of 19%, though in the three-year span revenue actually fell from $1.72 billion to $1.69 billion. Operating income tells a similar story with 27% growth in the prior fiscal year, though it underwent a significant decline from $620 million to $507 million. Meanwhile, per-share earnings slid from $2.52 to $1.38 as return on equity plunged from 38.9% 12.2%.

Looking to the future, Weibo Corporation’s revenue is expected to grow around 1.7% in the coming year. Our artificial intelligence algorithms rate this trending stock C in Technicals, Low Volatility Momentum, and Quality Value, but declined to provide a value for Growth.

Tesla is trending this week after Ark Invest released a new note suggesting that Tesla’s base stock price could easily be worth $3,000 by 2025. The investment firm believes that Tesla will deliver up to 10 million vehicles between now and then, as well as its completely autonomous ride-hailing network currently in the works.

If Ark Invest’s prediction holds true, that would leave Tesla with a market cap in the trillions of dollars, a prospect that excites some investors – and leaves others skeptical. CEO Elon Musk then threw fuel on the trending fire after sending an email to his employees that said, “If we execute really well, I agree with Ark Invest.”

In the coming twelve months, Tesla is expected to see revenue growth around 17.6%. Our AI rates this trending company A in Growth, C in Quality Value, and D in Technicals and Low Volatility Momentum.

Liked what you read? Sign up for our free Forbes AI Investor Newsletter here to get AI driven investing ideas weekly. For a limited time, subscribers can join an exclusive slack group to get these ideas before markets open. 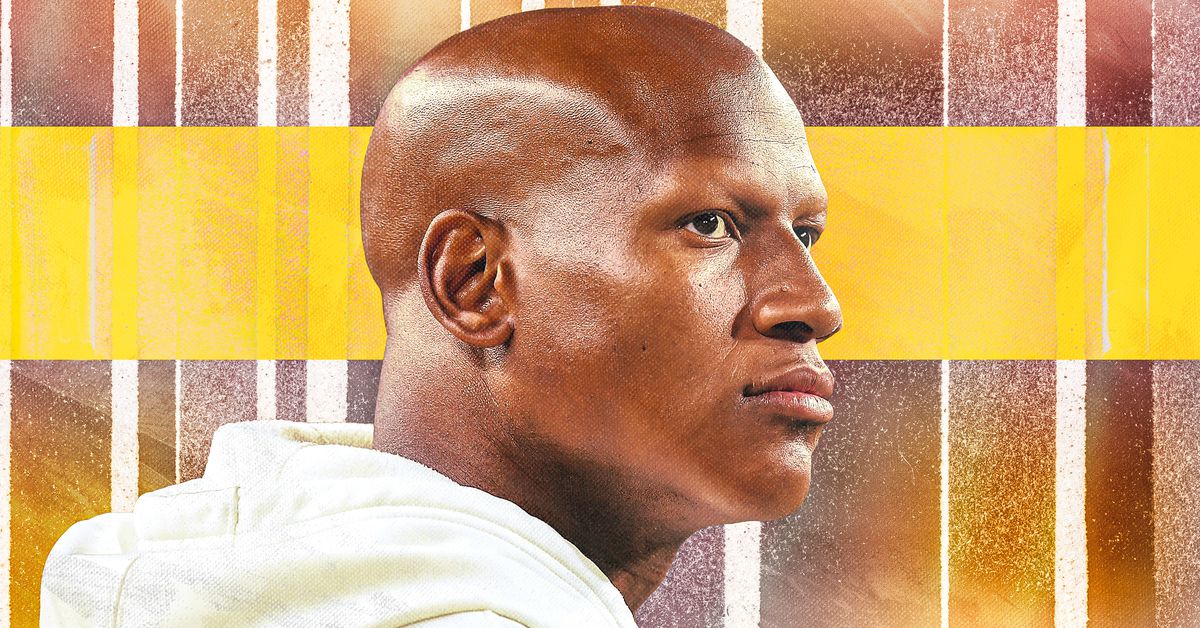 The robots are here: Semi-automated VAR offside launches
2 hours ago