Who is Ralf Rangnick? Man Utd’s interim boss in profile

The Portuguese forward was benched for their Premier League clash at Stamford Bridge on Sunday afternoon.

The Red Devils are expected to announce Rangnick as their interim manager for the rest of the season in the coming days.

Speaking ahead of the Chelsea fixture, caretaker manager Carrick insisted it was his decision to drop Ronaldo.

“A few tweaks and changes to freshen things up,” the ex-midfielder told Sky Sports. “Cristiano Ronaldo is your standout name [to be on the bench].

Was Michael Carrick (or Ralf Rangnick) right to drop Cristiano Ronaldo? Let us know in the comments below!

Cristiano Ronaldo was dropped for Manchester United’s game against Chelsea
(

“I have had a good chat with Cristiano and he was great. It is a decision to pick a team, don’t think it needs any more drama than that.

“Everyone is fine, all the boys who have come out of the team have been terrific, Cristiano included and ready to come on if needed.”

Some United fans think Ronaldo will struggle to play under Rangnick’s gegenpressing system, adopted by Jurgen Klopp and Thomas Tuchel.

And Neville believes the incoming manager has already dropped Ronaldo from the team.

Phil Jones also returned to the bench, 22 months after making his last appearance for the Red Devils.

“A lot of people have a go at Michael Carrick for dropping Ronaldo and picking that midfield,” tweeted the ex-defender.

“I’ve [got] a feeling the incoming manager has picked that team as it’s a huge departure from midweek and what they’ve been doing.”

Speaking ahead of the game, fellow United legend Roy Keane admitted he was shocked to see Ronaldo left out of the starting XI.

“I’m surprised,” admitted Keane. “Ronaldo is one of the great players but the manager there said he has a plan that he took great.

“Ronaldo has come back to play in these games. He’s a big player for the big occasions. His stats against Chelsea aren’t great but I’m surprised to see him being left out.”

Bruno Fernandes, who returned to the starting XI for the Chelsea game, hinted at why Ronaldo was left out ahead of the game.

“We have to prove something every day,” said Fernandes. “On the training pitch, in the games, every day you have to prove your qualities if you want to play in the first XI…

“That’s what I’m about, I’m doing that since I came to the club and started playing football. I have to prove that firstly to myself and then to everyone else.”

Liverpool icon Jamie Carragher, meanwhile, believes Carrick had no choice but to leave Ronaldo on the bench. “I think he had to do that to be honest,” he said.

“Even when you’re part of a coaching set up, everyone has different views on the team or how the team should be set up..” 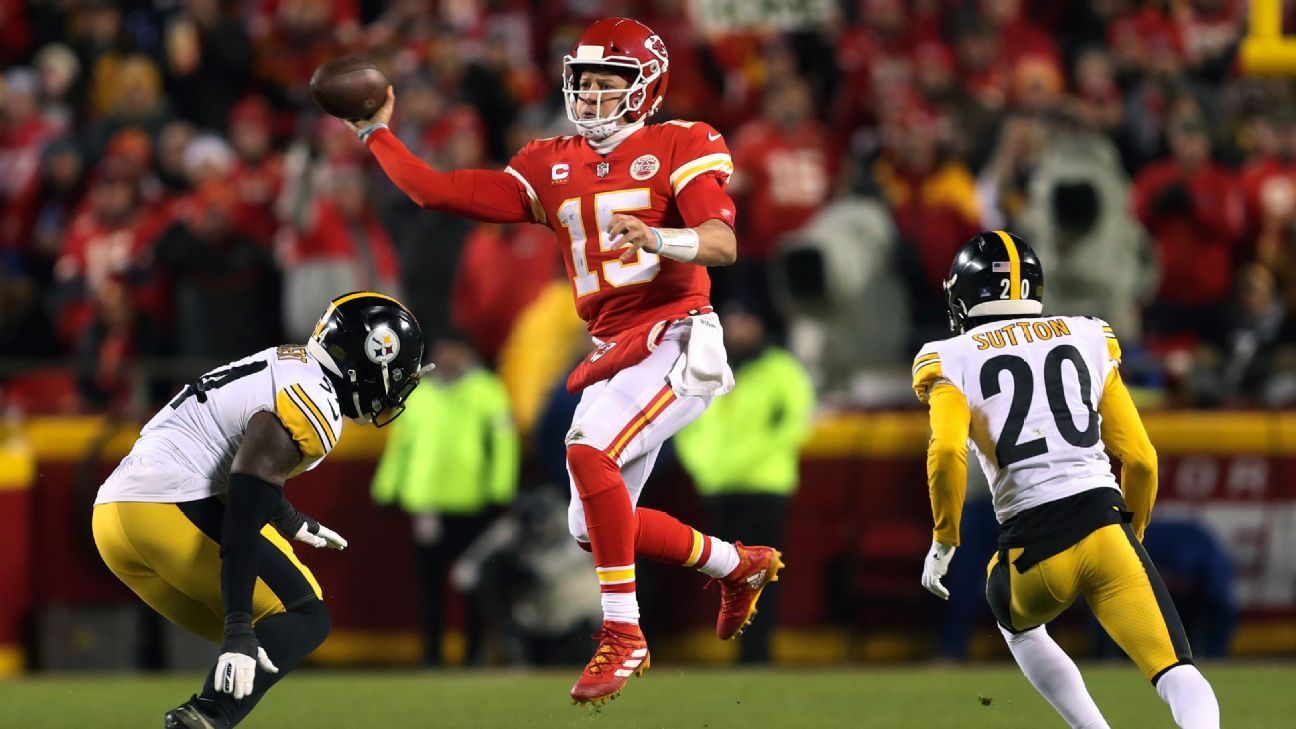 McShay: How Patrick Mahomes changed the way I scout quarterbacks
10 mins ago