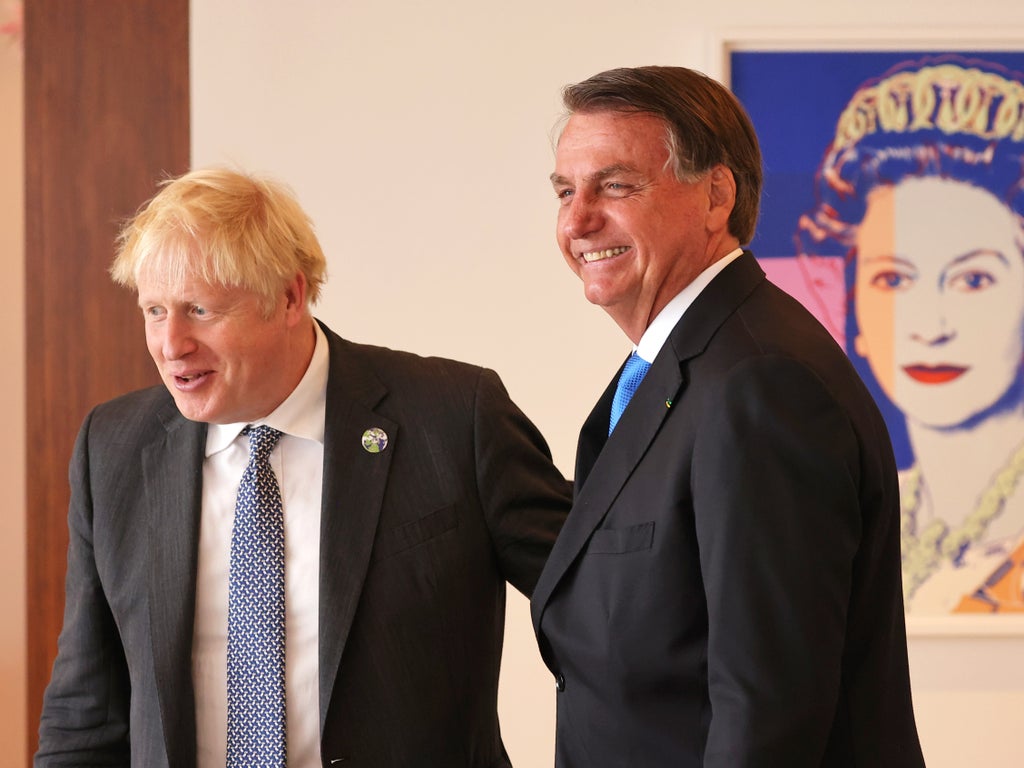 Boris Johnson asked Brazil for an “emergency” deal to ease shortages of a food product lacking in the UK, the Brazilian president Jair Bolsonaro has claimed.

Mr Bolsonaro did not name the particular product – but said he had passed Mr Johnson’s request to his agriculture minister Tereza Cristina.

“He wants an emergency agreement with us to import some kind of food that is lacking in England,” the president said on his weekly webcast to supporters.

No 10 is not commenting on the claim, but the British Embassy in Brazil disputed Mr Bolsonaro’s account – saying that what the Brazilian president said was not its recollection of the recent meeting between the leaders.

Mr Bolsonaro made his claim about Mr Johnson’s “emergency” request after meeting the prime minister in New York at the UN general assembly earlier this week.

Mr Bolsonaro also said Mr Johnson also asked him to help increase Brazilian imports of whisky from the UK – but he added in his social media talk that this was up to private business in Brazil and not his government.

Shortages of fast-food chicken saw some Nando’s outlets close last month, with food sector chiefs pointing to the shortfall in production workers who returned home after Brexit and a drastic lack of lorry drivers able to come to the UK.

Food sector bosses have warned of shortages of poultry and meat still ahead due to a sudden shortage of carbon dioxide used by the industry.

Mr Johnson and other government ministers have repeatedly brushed aside suggestions there could be shortages of traditional Christmas fare such as roast turkey – though suppliers have warned some families may have to do without this year.

The British Poultry Council (BPC) has warned the industry was heading into a “downward spiral towards supply chains seriously struggling”.

Ranjit Singh Boparan, the owner of Bernard Matthews and 2 Sisters Food Group, said earlier this week that the shortage of both CO2 and workers will affect the supply of turkeys for Christmas.

The Brazilian president’s office has not yet responded to requests for clarification on the particular food product he believed had been requested.

Brazil is the world’s third largest producer of poultry, including chicken and turkey, according to the Poultry World website.

Solskjaer running out of time after Liverpool humiliation
14 mins ago