Had a bad night’s sleep? You probably don’t feel on top form.

Failing to get enough shut-eye can leave us irritable and struggling to concentrate, while long-term sleep deprivation can have more serious consequences, including heart problems, depression and an increased risk of accidents.

While the outcomes of sleep deprivation are well-documented, there’s less research about how long it takes to fully recover from a bad night’s sleep.

To shed more light, researchers from the Jagiellonian University in Kraków, Poland asked a group of valiant volunteers to go through 10 days of purposeful sleep restriction. This was followed by seven recovery days of unrestricted sleep where they could snooze to their heart’s content.

Those seven days were not long enough to ‘undo’ the impact of unrest, the researchers – and volunteers – found, which is bad news for those who regularly lie awake at night.

Participants completed the study in their own homes, wearing wrist sensors to monitor daily patterns of sleep and activity, as well as undergoing daily electroencephalography (EEG), where small sensors were attached to the scalp to pick up the electrical signals produced when brain cells send messages to each other. They also answered daily questions (called Stroop tasks) to measure reaction times and accuracy, such as being shown the word ‘green’ in red font, and being asked to name the colour of the font, rather than read the word.

After seven days of recovery, the participants had not yet returned to pre-sleep deprivation performance on most measures of functioning. These included several EEG measures of brain activity, rest-versus-activity patterns captured by wrist sensors, and accuracy on Stroop tasks. Only their reaction times had recovered to baseline levels, the researchers said.

“Prolonged periods of sleep restriction seem to be common in contemporary ‘regular day workers’, including students,” the researchers said. “Although the saying ‘sleep is for the weak’ is no more the mantra of workaholics and ambitious individuals, we all treat restricted sleep as a norm.”

Studies such as this one suggest “neurobehavioural consequences of chronic partial sleep deprivation cannot be overcome easily and last much longer than one expects,” they added.

The study was small, with just 23 participants, and the researchers did not detail how long it would take to recover from pre-deprivation completely – just that a week was not long enough.

Still, it teaches us that you can’t really “make up for” a bad night’s kip, so read this guide on how to get a good night’s sleep to get it right in the first place.

How did George Kambosos Jr. beat Teofimo Lopez, and where do they go from here?
2 seconds ago

From Michigan winning The Game to Bedlam living up to its name, Rivalry Week had everything
16 mins ago 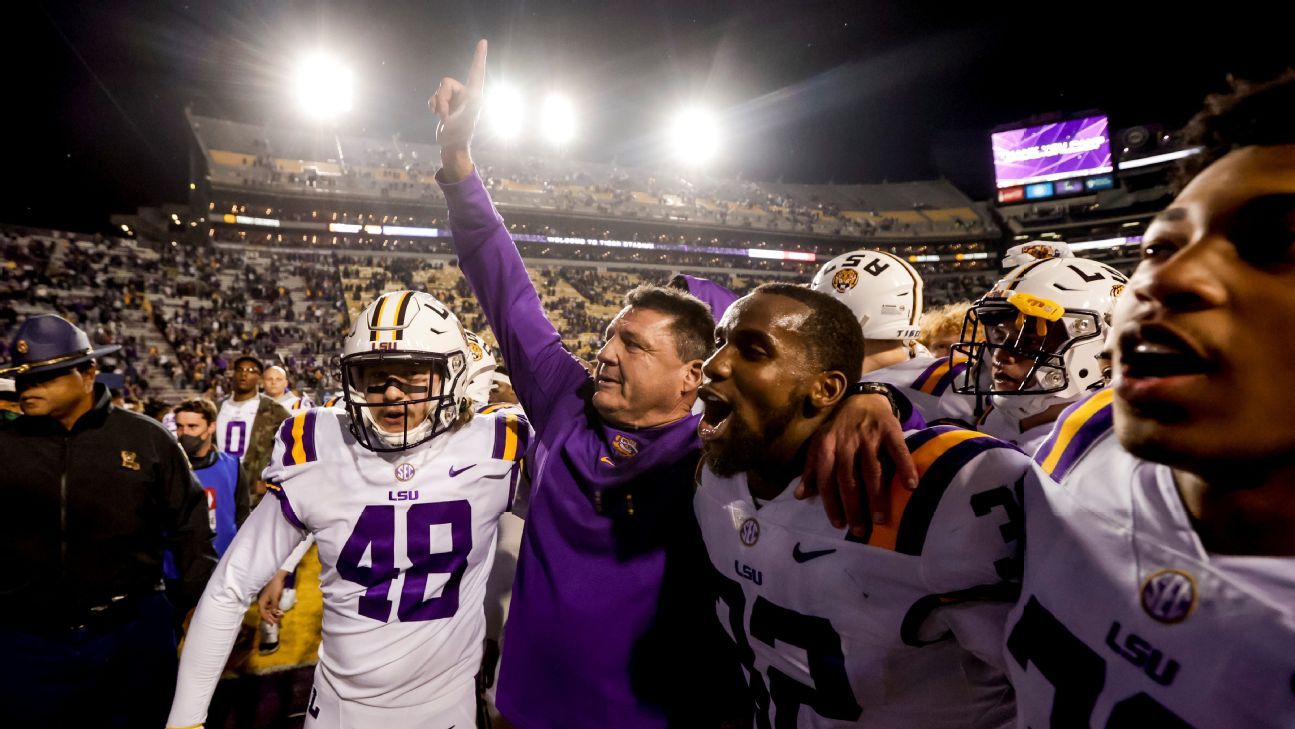