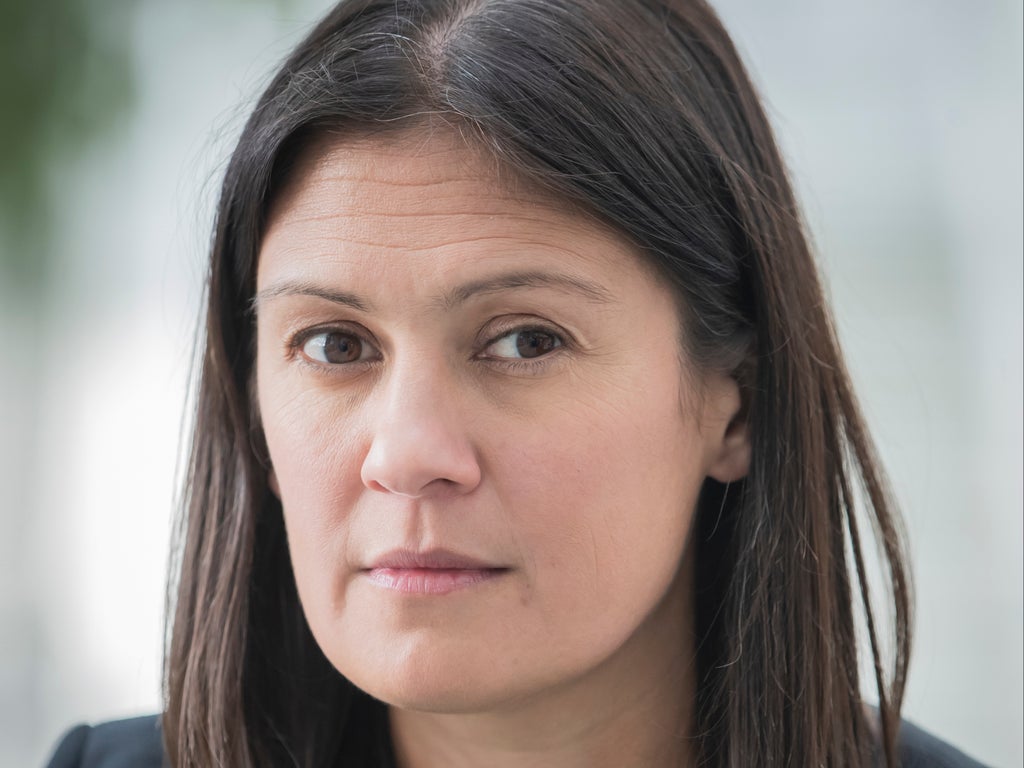 Labour frontbencher Lisa Nandy has ruled out running for the party’s leadership again, blaming the toxic sexism she experienced during last year’s contest.

The shadow foreign secretary said the “sexist stuff” she and others went through in 2020 had put her off another bid to become leader in future.

“I don’t have any intention of ever putting myself through that again,” Ms Nandy told The House magazine. “It does genuinely make me want to get under the desk thinking about it. I hated the way that we were pitted against one another.”

Running for the leadership is “different for women, it’s completely different”, Ms Nandy said in an interview ahead of the party conference in Brighton.

Ms Nandy came in third place in the long battle to replace Jeremy Corbyn as Labour leader, winning 16.3 per cent of the vote, behind winner Sir Keir Starmer and runner-up Rebecca Long-Bailey.

The MP said she found the focus on personalities and the process of being pitted against her female colleagues unpleasant, saying she had no wish to be put through “the shredder” a second time.

“It was one of the most difficult things I’ve ever done in my life,” she said. “We’ve become very American in that sense. Rather than a battle of ideas, it becomes a contest of personalities. That in itself is quite a difficult process to go through.”

Although Sir Keir came in for heavy criticism after the crushing Hartlepool by-election defeat to the Tories in May, Ms Nandy said would be “foolish” to think she could have prevented the loss if she had been leader.

“We’re close in a way that we weren’t before the leadership contest,” she said of Sir Keir. “What I can tell you is that the mood of the party seems far more focused on winning elections than it has been for some time.”

Ms Nandy added: “I feel like the party members want to keep that energy and dynamism that we managed to harness under Corbyn’s leadership – but I think most members like me would like to drop the introspection, the division, and start to look outwards to the country again.”

Asked if Labour could get its first-ever female leader during this decade, Ms Nandy replied: “I’m desperate to have a woman lead the Labour Party.

“But what I’m more desperate for is to have a Labour prime minister in Downing Street, and every bit of our energy and attention at the moment is on trying to make sure that we win the next general election and that Keir becomes prime minister.”

The full interview runs in The House magazine out on 25 September, when the Labour Party conference also kicks off in Brighton.

Baker retires as president of Pro Football HOF
37 mins ago

McCullers still hoping to help Astros despite injury
53 mins ago