NASHVILLE, Tenn. — Tennessee Titans coach Mike Vrabel calmly stood on the sideline as his team was clung to a 14-13 lead in the AFC wild-card game against the New England Patriots two seasons ago.

With just under six minutes left, Titans punter Brett Kern assumed his position to field the snap, but it didn’t come as the final seconds ticked off of the play clock. The Titans got a delay of game penalty.

The clock then started running and linebacker Wesley Woodyard drew a false start penalty, thus wasting more time. Before the Titans could commit another delay of game, the Patriots went offside and wasted even more time.

The television cameras portrayed a visibly irritated Bill Belichick spewing expletives at the officials. An additional minute bled off the clock before Kern punted the football.

Vrabel, who played eight seasons for Belichick with the Patriots, outfoxed his former coach to seal a 20-13 win, thus ending New England’s season.

That game was the only time Vrabel faced off with Belichick other than a 34-10 win for the Titans in 2018.

Vrabel downplayed any idea of him going against Belichick when asked about the coaching matchup. 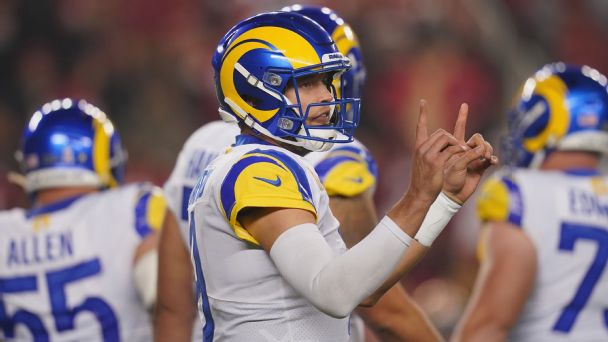 “Bill and I won’t be squaring off to determine this game,” Vrabel said. “This game will be won, like it always is, by the players.”

Belichick and the Patriots (7-4) will look to get their first win against a Vrabel-led Titans (8-3) team Sunday (1 p.m. ET, CBS) at Gillette Stadium in Foxborough, Massachusetts.

“Mike’s done a great job at Tennessee,” Belichick said in his weekly interview on sports radio WEEI. “I have always had a lot of respect for Mike, and certainly had a ton of respect for him when he was a position coach and as a head coach, for sure. It will be a big challenge. Tennessee is obviously a good football team, one of the best teams in the league. Other than when we play him, I’m rooting for him. But not this week.”

Five turnovers proved to be the ultimate equalizer in what was supposed to be a lopsided matchup. Quarterback Ryan Tannehill‘s first of four interceptions occurred in the red zone and was returned to the Titans’ 6-yard line. Chester Rogers had a punt bounce off of his foot that was downed at Tennessee’s 5-yard line. The turnovers resulted in 10 points.

Although the Patriots have forced 13 turnovers during their five-game winning streak — which is now the longest in the NFL after the Titans lost — and the Titans’ five turnovers cost them Sunday, Belichick doesn’t expect Vrabel’s Titans to be as careless.

“They turned the ball over against the Texans, which is hard to count on,” Belichick said. “That’s not what they do, so I don’t think we’ll get that. It’s a typical Mike team – they’re tough, they’re physical, they make you beat them, they don’t make many mistakes. They know what they’re doing. They’re sound. They’re a good fundamental team.”

The Titans experienced a similar surge in turnovers when they had 11 takeaways during their six-game winning streak which was ended by Houston.

The two coaches offered up scouting reports on each other’s teams on Monday. It’s no coincidence they mentioned similar attributes.

“They are turning the football over,” Vrabel said. “Guys understand where to create turnovers at and they are good on the edges. Guys play with great technique up front. They are running the football and marrying that with the play-action game. Receivers all block, they are all selfless, they all understand that their effort is going to help whichever back they have in the game at the time run the football. The quarterback is accurate.”

“Tough, physical team,” Belichick said. “They tackle well. The backs and receivers run hard with the ball. The quarterback’s athletic. They’re sound in the kicking game. We’re going to have to play a good football game in all three phases.”

Going back to New England is special for Vrabel. Of course, he’ll enjoy returning to Gillette Stadium. But it’ll also be a chance to spend time with his son, Tyler, who plays offensive line for nearby Boston College.

“Coaching in this league and being involved in the National Football League is special,” Vrabel said. “The opportunity to get to coach this football team, to get to travel to other stadiums, certainly this one, having spent eight years there. Tyler’s going to be there since he is going to school there. I think it will be cool.”

The NFL Regular Season Ended As It Started: In Absolute Chaos
4 mins ago

The NFL Regular Season Ended As It Started: In Absolute Chaos

Cardinals’ JJ Watt critically sums up season: ‘It was a massive failure’
20 mins ago

Cardinals’ JJ Watt critically sums up season: ‘It was a massive failure’

Naomi Osaka Returns, Ready or Not
38 mins ago

Naomi Osaka Returns, Ready or Not

Ben Roethlisberger’s likely finale was one to forget, but Steelers QB enjoyed HOF career
2 hours ago