Front offices across baseball are hoping the players they pick in the first round of the 2021 MLB Draft will one day wind up playing in the annual All-Star events, like the Futures Game or the Home Run Derby or the actual All-Star Game.

For this year’s draft picks, at least they’ll get their pro careers kickstarted at the All-Star gala. For the first time, MLB has moved its draft from early June to mid-July, and it will be held a few blocks away from where all the on-field action is happening in Denver.

Chances are, you might not know a lot of the names of the players who will be picked — unless you follow Pitching Ninja on Twitter; he shows a lot of Vanderbilt pitchers Jack Leiter and Kumar Rocker — so our goal today is to help you get to know a bit about these players.

Using four different respected mock drafts — MLB.com (Jim Callis and Jonathan Mayo), Baseball America (Carlos Collazo and others), FanGraphs (Eric Longenhagen and Kevin Goldstein) and The Athletic (Keith Law) — here’s a list of 20-plus players likely to be picked in the first round, along with a note telling you where each player is in each mock draft.

Mock spots: MLB: 1, BA: 1, TA: 1, FG: 1
Need to know: A lot of the talk in the past few months has been about how there really isn’t a clear-cut No. 1 pick in this draft, but all four of our mocks have Mayer in the top spot. Both Jim Callis of MLB.com and The Athletic’s Keith Law indicate the Pirates are only looking at position players right now, which seems to take Vanderbilt’s Jack Leiter out of the equation. He’s a shortstop who bats lefty, with outstanding hit and glove tools (obviously, which is why he’s here).

Mock spots: MLB: 4, BA: 2, TA: 2, FG: 2
Need to know: Lawlar is actually tops on Baseball America’s draft prospect rankings. Here’s what they say: “Because he’s coming out of Texas two years after Bobby Witt Jr. (and like Witt he’s nearly 19 on draft day), Lawlar draws understandable comparisons. Witt had louder tools almost across the board with the exception of the hit tool, but Lawlar has plenty of plus tools himself, with future 60 speed (he’ll turn in 70 times right now) to go with 60 hit, a 60 glove and an above-average arm and future power.” He’s a Vanderbilt commit, which is worth noting.

Mock spots: MLB: 2, BA: 4, TA: 3, FG: 4
Need to know: Once upon a time, Jack Leiter was mostly known as the son of former big league pitcher — and current MLB Network analyst — Al Leiter. Then, he earned a reputation as one of the top prep pitching prospects ahead of the 2019 MLB Draft. His commitment to Vandy and bonus demands scared teams away, and he wasn’t picked until the Yankees took a flier on him in the 20th round. He didn’t sign, obviously. Then with Vandy he quickly earned the reputation as one of the very best pitchers in college baseball; he had a 1.72 ERA in 15 2/3 innings as a freshman before the sport shut down because of the pandemic. In 2021, Leiter finished with a 2.08 ERA and 171 strikeouts in 104 innings.

Mock spots: MLB: 3, BA: 3, TA: 11, FG: 9
Need to know: Jobe has dynamic stuff, but there’s more of a risk taking a prep pitcher with a great arm than a college pitcher with a great arm. That’s part of the reason you see him at No. 3 on two mock drafts, and around 10 on the others. From FanGraphs: “Jobe arguably has the best single pitch in the draft with a slider that has earned some 80 grades, but comes with all of the usual risks attached to high school arms. He has one of the bigger ranges of outcomes at this time, but it’s hard to see him falling out of the top 10.”

Mock spots: MLB: 5, BA: 6, TA: 4, FG: 5
Need to know: The draft experts are split on where Davis might land, but there’s one thing they agree on: Davis will be the first college bat taken in the draft. The fact that he’s a catcher? That’s a combo that will certainly keep him in the top 10 picks.

Mock spots: MLB: 6, BA: 7, TA: 7, FG: 7
Need to know: Rocker came into this season in the conversation for the 1-1 draft spot, largely because he was a “known” prospect with his success at Vanderbilt, and there was so much unknown about potential draft picks with most of the 2020 season lost to the pandemic. Rocker has been very good again in 2021, but he’s dropped a few spots and isn’t generally considered as a possible selection in the top three or four picks.

Mock spots: MLB: 8, BA: 8, TA: 8, FG: 3
Need to know: Yep, here’s the fourth prep shortstop likely to go in the first 10 picks. FanGraphs has him highest, so let’s see what they say: “This one feels like the first wild card, but House provides a high school bat who some scouts have put the rare combo of plus bat/plus power on. Davis is in the mix here as well, as would be Mayer or Lawlar if one is still on the board.”

Mock spots: MLB: 9, BA: 11, TA: 12, FG: 14
Need to know: Madden is seen as the best college arm outside of the Vandy duo; along with  guys like Sam Bachman of Miami (Ohio) and Will Bednar of Mississippi State. Madden struck out 137 in 113 2/3 innings for the Longhorns this year, holding opposing batters to a .188 average and helping Texas get within one win of the College World Series title matchup.

Mock spots: MLB: 12, BA: 12, TA: 9, FG: 10
Need to know: McClain missed time with a broken thumb this season, but still managed to impress scouts with his productive bat. He might not have the upside of the prep shortstops, but he’s still a solid potential pick right around the 10 range.

Greaves: Ultimate goal-scoring machine who was happiest on the pitch
1 hour ago 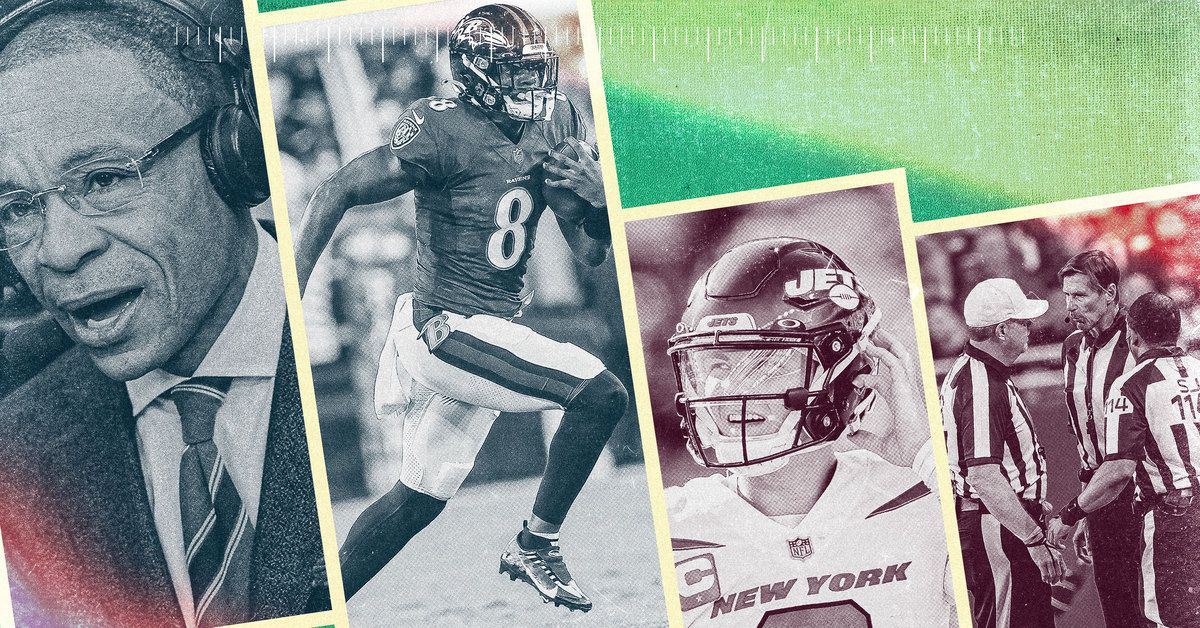 The Winners and Losers of NFL Week 2
2 hours ago