SEATTLE — Inside a quiet and sullen visitors’ locker room Monday night, after the Seattle Seahawks‘ playoff hopes all but died with their 17-15 loss to the Washington Football Team, quarterback Russell Wilson was among the players who spoke up.

As coach Pete Carroll described it on 710 ESPN Seattle, Wilson held himself accountable with a brief and heartfelt message to teammates.

“He just said he’s got to play better to them and he told them … ‘I’ve got to be better,'” Carroll said. “Guys know. They don’t have to say a lot. It’s not a lot of words. It’s just the sincerity and the care that he brought to it.”

The list of reasons why the Seahawks lost Monday night go well beyond a few more errant throws from Wilson. His recent struggles don’t solely explain why their offense has only scored 28 points during a three-game losing streak that has coincided with his return from finger surgery, nor why they continue to be the NFL’s worst team at converting on third down.

Their pass-protection has been spotty and they haven’t mounted a consistent running game — or, as was the case against Washington, any running game — without running back Chris Carson.

But those have been issues in the past. 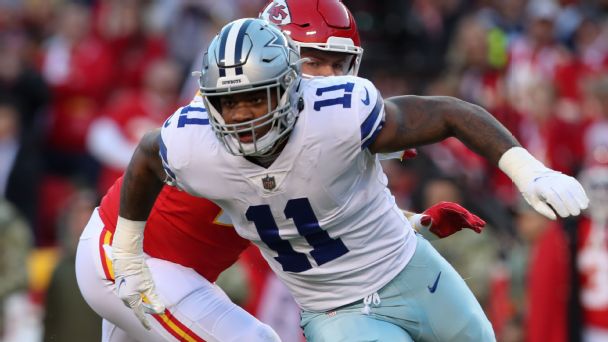 Yet one of the NFL’s most pinpoint passers has been missing throws that he rarely, if ever, missed before suffering a finger injury in Week 5 that required surgery and sidelined him for a month.

“I think we saw Russ make some incredible plays and throws and then some throws that are really routine for him not be completed,” Carroll said Tuesday on his radio show while reiterating that nothing has looked amiss with Wilson in practice. “He missed the first third-down play when the ball took off on him and there was a couple other ones on third-down situations where really we didn’t need to do anything different. We just needed to throw and catch it.”

That first third-down throw Monday night went well over tight end Gerald Everett‘s head in the flat. Wilson sailed a similar throw to Everett later in the first half and missed him again on his other head-scratching misfire. That one was on a third-and-4 play in the third quarter, when a stationary Everett was open over the middle at the line to gain but had no chance to catch a short throw that was off to the right.

According to ESPN Stats & Information research, Wilson has the highest off-target rate (23.7%) among all qualified quarterbacks since his return in Week 10. That metric measures the percentage of incompletions (excluding throwaways and spikes) that were uncatchable. Wilson had the 10th-lowest off-target rate (14.4%) from Weeks 1-9.

Seventeen of his 22 off-target incompletions since week 10 have been overthrown, tied with Trevor Lawrence for the most overthrows in the NFL in this span. Wilson had 15 overthrows in his first five games of the season.

In illustrating how perplexing Wilson’s misses have been, Carroll noted on his radio show that he’s had his typically-excellent touch on deep throws — like the two he hit to receiver Tyler Lockett on Monday night — and that the issue has seemed to be when he’s had to drive the ball on a line. Then again, his first touchdown pass against Washington was short laser to Everett in the tightest of windows. His 32-yard TD pass to receiver Freddie Swain in the closing seconds, which completed a 96-yard drive that gave Seattle hope of overtime, was also on a rope.

After reviewing the Washington game with Wilson, Carroll felt his misfires were the result of trying to put too much heat on shorter throws.

“There’s just a few plays in there, really on the shorter passing game that he just really tried to drill the football and maybe threw it a little too hard, threw it harder than normal trying to make sure the ball was there and crisp and all of that,” Carroll said Wednesday. “The balls down the field, he threw the ball really well. On the move, really well. But we weren’t as sharp as we need to be … It’s easily corrected. Easily corrected. He feels great. He does not feel like he’s burdened by the surgery from the past and all that. He’s ready to go.”

Pass-protection was also a factor against Washington, with Wilson airmailing one deep throw to receiver DK Metcalf off his back foot as right guard Gabe Jackson was being driven back into him. A third-and-10 play late in the game had no chance when Wilson was immediately pressured and sacked on a four-man rush.

“We need to protect better,” Carroll told 710 ESPN Seattle. “We need to keep guys out of his chops — [they were] right in front of him a couple times; we got knocked back — so that he has the room to throw.”

Asked about Everett’s postgame remark that the Seahawks have “struggled in protection and the whole league knows that,” Wilson said “it’s not the O-line’s fault.” He also reiterated that his finger “is not the issue.”

“I think today I missed a couple,” Wilson said on Monday. “There’s one that I threw really high because I was getting knocked back … Earlier on I think, [I needed to] adjust my eyes a little bit. It wasn’t like I didn’t feel confident with it … You’re battling every day just to find a way to make plays and do what we need to do. I’ve been practicing my butt off every day and we’ve been practicing great. I know that sometimes you shoot and it doesn’t go in. So I’m going to keep shooting.”

Fantasy basketball: Why short-term production matters more than ever
2 hours ago