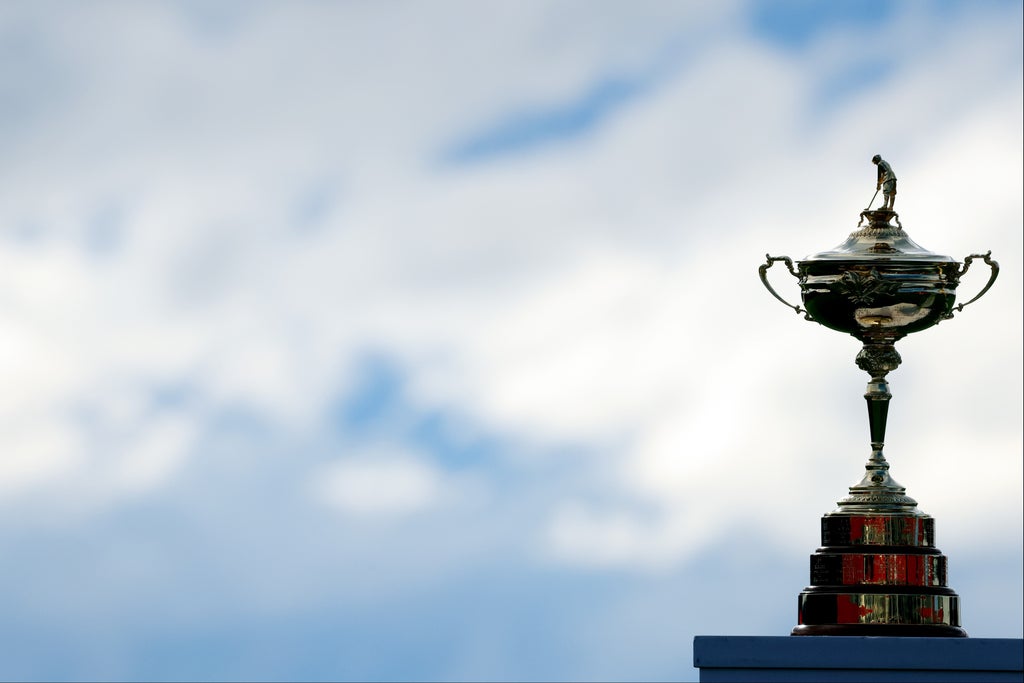 Three years of waiting are over and a golf event that captures the sporting world like no other is ready to get underway as USA host Europe at Whistling Straits in the 43rd Ryder Cup.

Thursday night’s opening ceremony saw European captain Padraig Harrington and an emotional Steve Stricker introduce their teams to the Wisconsin crowd, while paying tribute to all those who have made the event possible after its 12-month Covid delay.

At the end of the ceremony, the two skippers revealed their chosen pairings for today’s opening foursomes and the opener looks a thriller as Justin Thomas and Jordan Spieth – superb in America’s defeat at Le Golf National three years ago – take on the Spanish duo of Jon Rahm and Sergio Garcia.

The opening session of the day concludes with a mouthwatering clash that pits Xander Schauffele and Patrick Cantlay against Rory McIlroy and Ian Poulter.

You can follow all the action with our LIVE blog below…

And these are the 12 battling for Team Europe…

Time to meet the home side…

The pairings for today’s opening session were announced last night…

How to watch the Ryder Cup

TV channel: All three days will be broadcast in their entirety on Sky Sports Golf, with some of the action also showing on Sky Sports Main Event.

Live stream: Sky Sports subcribers can stream the action via the SkyGo app.

So here we go…

Three years on from Europe’s resounding victory at Le Golf National – and 12 months later than planned – a golf event that captures the imagination of the sporting world like just about no other is back.

Padraig Harrington’s side arrive in Wisconsin as underdogs – so what else is new?

Europe have made a happy habit of upsetting the formbook in recent Ryder Cups and that’s exactly what they’ll have to do at Whistling Straits this weekend against a USA team that boasts eight of the world’s top ten players.

Over the next four hours we’ll preview all the action, dive in depth into the teams and build-up towards those opening foursomes matches, the first of which gets underway just after 1pm.

Hello and welcome to Standard Sport’s LIVE coverage of the 43rd Ryder Cup from Whistling Straits.

The three-year wait is over – strap in!

‘It’s not a secret’: Patrick Mahomes and the Chiefs have a turnover problem
2 hours ago

‘It’s not a secret’: Patrick Mahomes and the Chiefs have a turnover problem