Robin Soderling was at the peak of his prowess when the walls started crumbling.

In 2009, when Soderling was just 24, he stunned the four-time defending champion Rafael Nadal en route to the final of the French Open.

Soderling reached the final again in 2010, losing to Nadal. By the end of the season, Soderling was ranked No. 4 in the world.

Eight months later, he played his final match on the ATP Tour.

“I always felt like I was under pressure,” Soderling, now 37, said on a video call from his home near Stockholm. “The better I became, the worse it got. Basically, every match I played I was the favorite. When I won, it was more of a relief than happy. When I lost, it was a disaster. Losing a tennis match made me feel like a terrible person.”

Expectations were high as soon as he had success as a junior. But by the time he was 26, Soderling was done, having experienced anxiety and panic attacks as well as debilitating mononucleosis.

“My entire immune system was bad because of the mental stress I put on myself,” he said. “Even on my rest days I was never switched off. Then my body just tipped over. I went from being able to play a five-set match on clay to not being able to walk up the stairs. But I couldn’t really talk to many people about it because there was such a big stigma.”

Sports psychologists are now a regular presence on the Women’s Tennis Association and ATP Tours. And almost no one is afraid to talk about it. At last year’s WTA Finals, most of the eight top singles players spoke freely about receiving counseling for mental health issues.

“I’ve been working with a psychologist for years,” said Maria Sakkari, a semifinalist at the French and United States Opens in 2021. “I invested a lot in that. It’s probably the best gift I’ve ever done for myself.”

Because tennis is an individual sport, most players are on their own with limited support networks. They travel for 11 months of the year and almost everyone regularly loses.

“Tennis is one of the toughest sports because there are constant changes that sports with a consistent schedule don’t have,” said Danielle Collins, a top 30 player. “We never know what time we’re going to play. We travel from city to city each week on different continents, with different cultures, even different foods. We even play with different tennis balls. And we lose every week unless you win the tournament. That’s something that you have to adjust to.”

Last October, on World Mental Health Day, Iga Swiatek, the 2020 French Open champion, announced she was donating $50,000 in prize money to a mental-health organization. She is open about the value of having the psychologist Daria Abramowicz as a member of her traveling staff. Venus Williams has partnered with the WTA to donate $2 million to BetterHelp, an online therapy site, to provide free service.

Sports psychology and mental wellness are not new concepts. Ivan Lendl hired the therapist Alexis Castorri in 1985 to help him after he had lost three straight U.S. Open finals. He went on to win the next three. But only recently have players been so open about seeking counseling.

Mardy Fish, the former touring pro and captain of the United States Davis Cup team, opened the discussion when he said he had panic attacks before his fourth-round match against Roger Federer at the 2012 U.S. Open. Fish withdrew from that match and was subsequently diagnosed with an anxiety disorder. He shed light on his journey in a Netflix documentary.

Naomi Osaka made headlines last May when she dropped out of the French Open, citing mental health concerns. She lost in the third round at the U.S. Open in September, and just returned to the tour in Australia this month.

Jim Loehr, a clinical psychologist, has been practicing since the 1970s and founded the Center for Athletic Excellence in Denver. He has seen the field evolve.

“Back then, people were very quiet about seeing anyone who could help their game mentally,” said Loehr, who is also a co-founder of the Human Performance Institute. “And we couldn’t talk about it either because our work is confidential. Now, everyone seems to have a sports psychologist.

“That makes perfect sense,” he said. “Athletes need a team around them in order to ignite extraordinary performances. A coach is there for biomechanical expertise in stroke production. Then there are physios and massage therapists to facilitate healing and trainers, nutritionists, sports psychologists, even spiritual advisers. The body is pretty complicated, and it works best when all parts are integrated. The healthier and happier you are, the more you light it up on the court.”

The WTA and the ATP have also taken note of the importance of well-being. The ATP has teamed with Sporting Chance, a British mental health organization. ATP players can call counselors and therapists 24 hours a day, seven days a week.

“We have a hand-in-hand collaboration that makes it feel like an in-house service,” said Ross Hutchins, a former tour player and the ATP’s chief tour officer. “The goal is to make players more open to talking about their issues in a more comfortable manner. They may not want to chitchat about it the way they would with physical injuries, but we want to make it OK for them to feel any way they do.”

The WTA, which has offered mental health services for more than 20 years, recently began a more aggressive approach by adding four mental health care providers, one of whom is at tournaments year-round. Services include strategies for managing the mental and emotional challenges of match play, handling finances, and transitioning to life after tennis.

“Our job is to help the athletes be their best outside of the court,” said Becky Ahlgren Bedics, the WTA’s vice president for mental health and wellness. “We don’t touch the X’s and O’s. We’re part of the holistic development. We are there to help with the pebble in your shoe during a run. We say, ‘Let’s stop and take the pebble out before it gets to be a bigger problem.’”

The major championships are on board as well. At the Australian Open, which begins on Monday, a sports psychiatrist and psychologist are available to players. So are health and well-being experts. There are quiet rooms where players can relax and focus without distraction. There are even soundproof, private pods within the player areas.

“I think the world is changing their perception of what mental health is,” she said. “We have that empathy when we see somebody who is physically hurt. Mental health is something that is invisible. But it is as strong, as powerful, as physical health.”

Soderling doesn’t play much tennis anymore, other than with his two children. After multiple attempts at a comeback, each time followed by another panic attack, he stopped. Now he owns RS Sports, a sportswear company, and serves as captain of the Swedish Davis Cup team. He considers himself healed and will help anyone who asks.

“As an athlete we’re treated to the best medical care you could have if you have a knee or a wrist injury,” Soderling said. “But it’s taken a long time to work with the mental aspect. It’s a shame it’s called mental health because it was not only in my head. My whole body was affected.

“I’m glad to see there’s a better understanding of mental health today,” he added. “But it’s sad that it had to happen to so many people before it was taken seriously.”

Ngannou to have surgery for MCL, ACL injuries
11 mins ago

Mack out at Louisville; ‘you’ve gotta win games’
48 mins ago 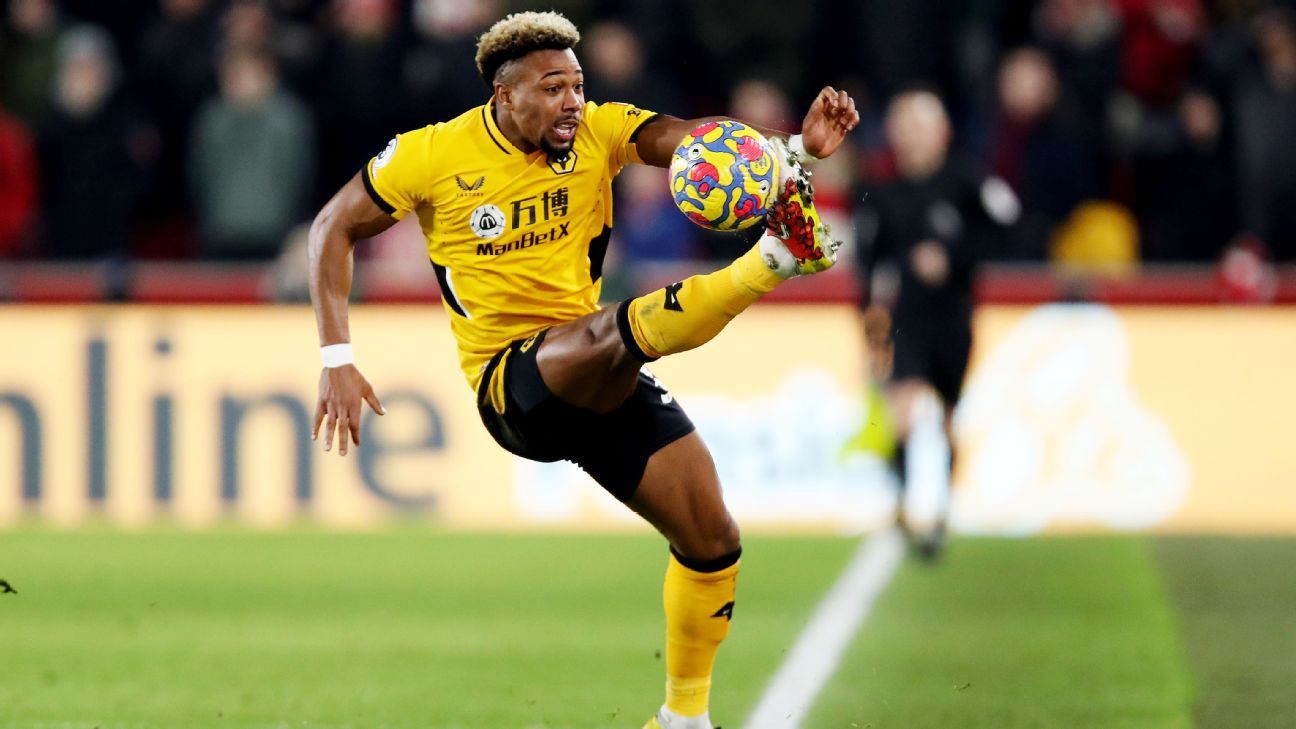 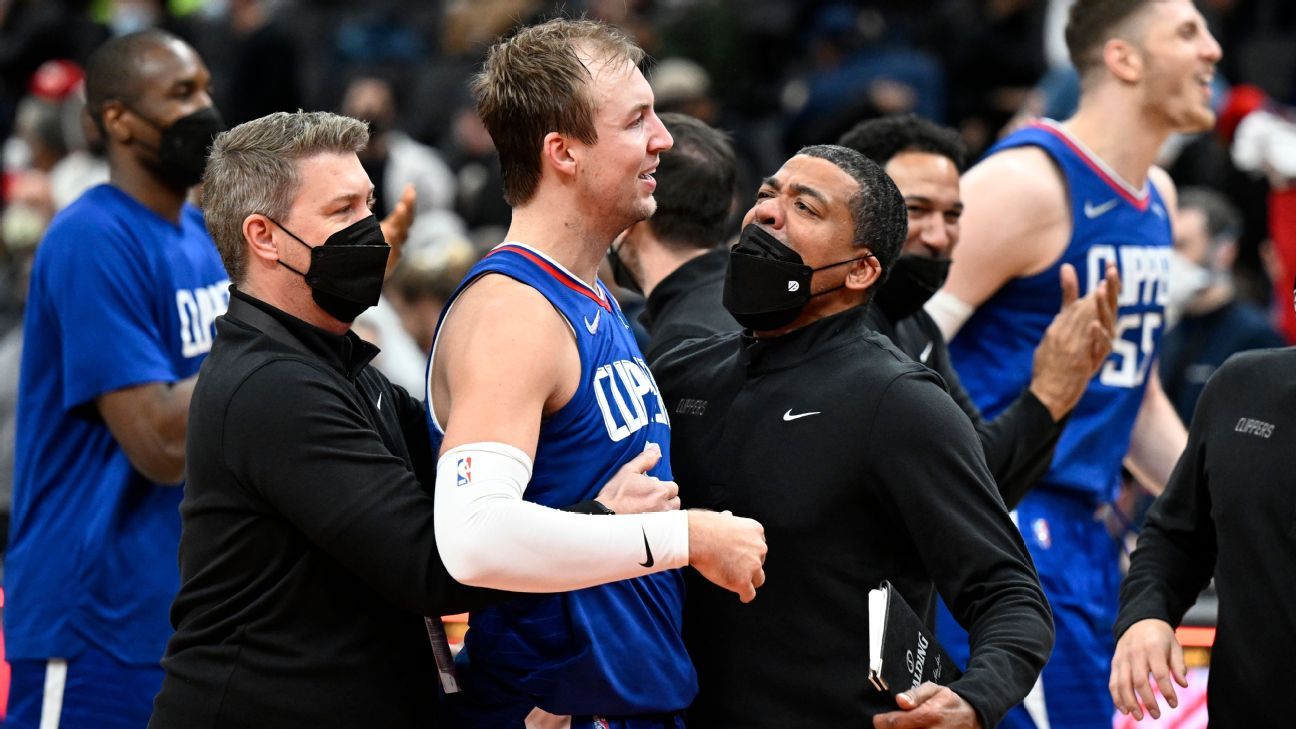