Builders of quiet and fanless computers often have a soft spot for Intel’s T-series chips, so it seems appropriate that tech site Fanless Tech is crowing about an exclusive leak of the Intel Alder Lake-T 35W desktop processors. The source site notes that in recent generations, these ‘T’ suffixed processors have “run way hotter than they should,” but nevertheless welcomes the introduction. Who knows, Intel’s first gen hybrid desktop processors, with its FinFET transistor optimisations and ‘Intel 7′ process (previously dubbed ’10nm Enhanced SuperFin’) might delight on this front.

As you can see from the table, it looks like Intel is preparing a Intel Core i9-12900T as the flagship of the Alder Lake-T series. The specs look pretty good compared to the 125W version, with the only sacrifice charted being 400MHz lopped off the best boost clock speeds achievable (an ~8 per cent drop). Of course a processor response is more complicated than having a base/boost clock nowadays, with various turbo levels/types and different values for various cores/clusters, and dependent upon cooling, but these are the only figures we have. 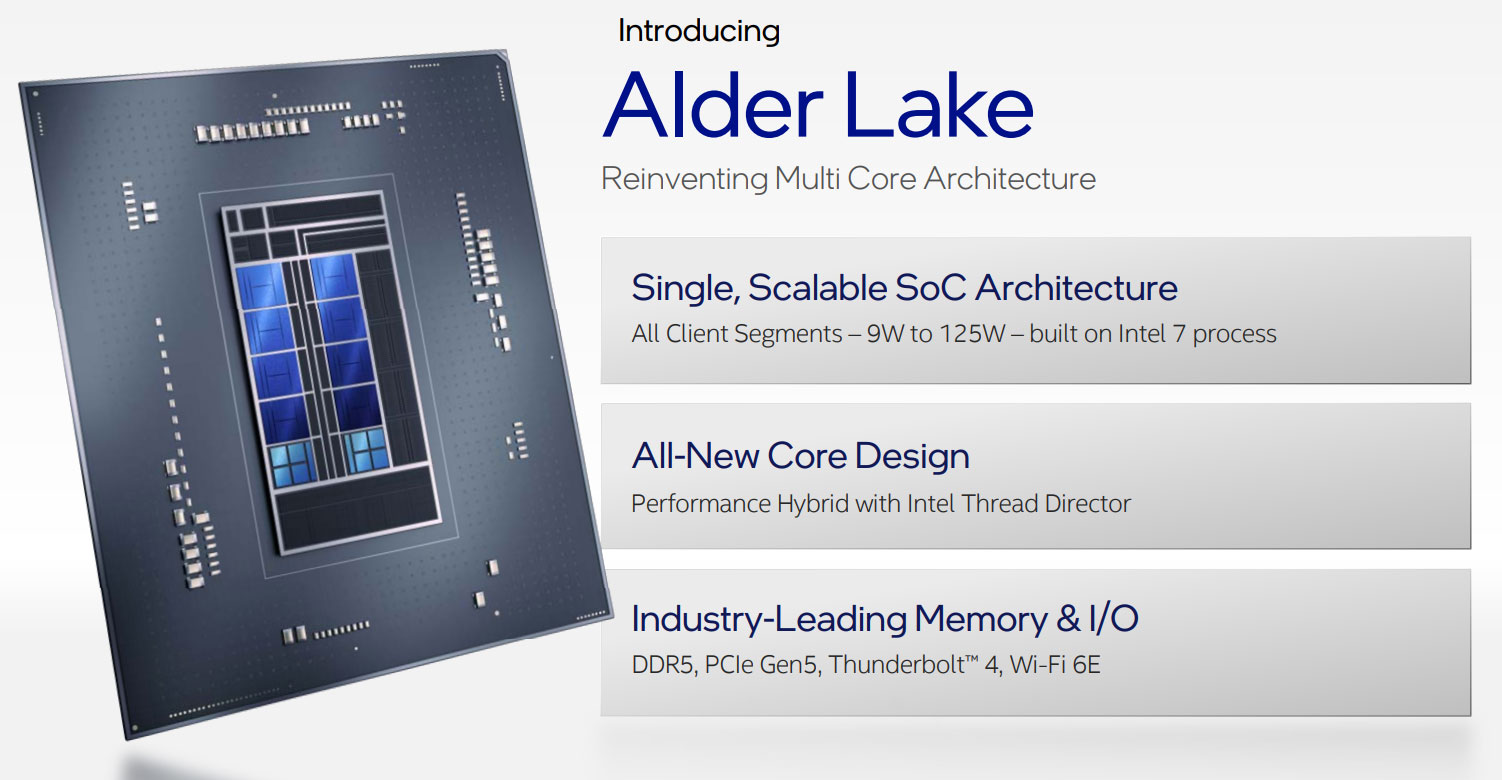 One of the most jarring differences seen in the above table comes from the comparison between the Intel Core i5-12600K and 12600T – the latter has had its four efficiency cores snipped, as well as having slower boost clocks.

Intel’s Alder Lake-K series are expected to launch in late October this year, alongside the enthusiast level Intel 600-series motherboards boasting the best of the new gen technologies (like DDR5 etc). You will have to wait a bit longer for the efficient T-series to arrive, though. The story source reckons it will be not until “early 2022” that the –T series becomes available.