Last year was, let’s be honest, a car crash for the cinema industry. A year that started brightly with 1917 and Parasite was derailed by the pandemic, leaving a host of long-awaited blockbusters scattered in its wake. The new James Bond film was pushed back, and then back again. Marquee titles went straight to streaming.

Even the behemoth that is the Marvel Cinematic Universe wasn’t immune, with Black Widow among the films to be bumped into 2021. What all the chaos does mean, however, is that there is a glut of unreleased movies which could make this year one of the most memorable in cinematic history (particularly if you like sequels and reboots). Release dates are very subject to change.

In the United States, the 2008 financial crash pulled a generation out of what had previously been a comfortable retirement. Suddenly forced to work again, these older Americans travel the country in search of seasonal work – a phenomenon which was described in a 2017 non-fiction book by Jessica Bruder. The film version, a drama based on the book, stars Frances MacDormand (Fargo, Three Billboards) as Fern, who loses her job after the crash and has to adjust to life on the road.
February 19

Raya and the Last Dragon

Kelly Marie Tran and Awkwafina star in this computer-animated Disney fantasy film inspired by the cultures of south-east Asia. It’s set in the world of Kumandra, where humans and dragons once lived together in harmony until mysterious monsters known as the Druun broke their alliance. Five hundred years later, Raya embarks on a quest to track down the last dragon, and save the world. This one ticks most of the Disney tropes – headstrong princess, cute animal sidekick – but it’s not expected to be a musical like its other hits.
March 12

The Many Saints of Newark

This feature length prequel to The Sopranos is one of the most anticipated releases of the year, and rightly so. The television series, which followed New Jersey mobster Tony Soprano and his inner and outer struggles, is one of the most critically acclaimed shows of all time – with late actor James Gandolfini’s performances a particular highlight. Here, Gandolfini’s son Michael takes over the role of a younger Tony Soprano in a story thought to be set during the Newark riots of the 1960s, and co-written by Sopranos creator David Chase.
March 19

No Time To Die

Daniel Craig’s fifth and final outing as James Bond has been a long time coming. Originally due for release in November 2019, it was pushed back to February and then April 2020, following the departure of original director Danny Boyle due to creative differences. New director Cary Joji Fukunaga took over in 2018, bringing on Phoebe Waller-Bridge to help punch up the script, only to fall foul of the pandemic. The story itself wraps up the Craig-driven reboot of the series, and picks up five years after the events of Spectre, with Bond in peaceful retirement until he is approached by CIA friend Felix Leiter, to help search for a missing scientist.
April 2

The first A Quiet Place – which saw Emily Blunt and John Krasinki as parents trying to survive an attack from creatures that hunt with sound – was a surprise hit. The sequel sees them venturing into the outside world, armed with a new piece of vital knowledge about their foes’ weakness. The cast members of the first film are joined by Cillian Murphy for this sequel, which was originally due for release in March 2020.
April 23

At the time of writing, details are pretty thin on the ground for this psychological horror flick helmed by stylish director Edgar Wright (Shaun of the Dead, Scott Pilgrim vs the World, Ant-Man). It follows a young, fashion-mad girl who mysteriously finds herself in the 1960s, and face to face with her idol. It stars Anna Taylor-Joy, who played Beth Harmon in the critically acclaimed chess drama The Queen’s Gambit, as well as Matt Smith (Doctor Who, The Crown) and the late Diana Rigg (Game of Thrones).
April 23

The latest instalment in the sprawling Marvel Cinematic Universe fills in the origin story for Natasha Romanoff – Black Widow – who appeared as part of the ensemble cast in numerous MCU films but has never been given a standalone movie. Scarlett Johansson reprises her role, possibly for the last time, and is joined by Florence Pugh, David Harbour and Ray Winstone. Set after the events of 2016’s Captain America: Civil War, it follows Romanoff as she’s forced to confront her shady past as a spy and assassin.
May 7

Look, if you lapped up the gritty superhero reboots and the live-action Disney remakes, you really have no right to complain about their inevitable endpoint: an origin story for Cruella de Vil, the iconic villain of 101 Dalmatians. Alas, it’s pitched as a comedy, which is a disappointment for anyone eager for a Joaquin Phoenix’s Joker style reimagining of the character, who will be played by Emma Stone, with Emma Thompson among those supporting. That said, it still promises to be pretty dark, if the start of the Wikipedia plot summary is anything to go by: “In 1970s London, young fashion designer Estella de Vil becomes obsessed with dogs’ skins”.
May 28

Yes, they already rebooted the Ghostbusters franchise. No, that hasn’t stopped them from revisiting the series yet again to make a sequel to the two original movies. Dan Aykroyd, Bill Murray and Ernie Hudson reprise their roles from the original films – the story follows a young family who discover they are linked to the original Ghostbusters when their small town experiences a series of unexplained earthquakes.
June 11

Venom: Let There Be Carnage

One of three films set in Sony’s Spider-Man universe (along with Jared Leto’s Morbius, and possibly the third Tom Holland MCU Spider-Man movie) coming out in 2021, Let There Be Carnage is a sequel to 2018’s Venom, which starred Tom Hardy as Eddie Brock – a journalist who is taken hostage a by an alien symbiote that imbues him with superhuman abilities. Woody Harrelson plays Carnage, a psychotic serial killer who also has an alien symbiote.
June 25

The formula for blockbuster success: take a beloved 1980s classic, wheel its stars out of retirement, pair with them some fresh young talent, and hope that you sell enough tickets to kick off a whole new franchise. It worked for Jurassic Park, and now Tom Cruise is back to try and recapture the magic of the original Top Gun. He reprises his role as Maverick, and Val Kilmer is back too as his former rival “Iceman” Kazansky – joined by Jon Hamm, Miles Teller (playing Goose’s son). Based on the trailer, the plot involves Cruise pulling a lot of g in a series of scenic valleys, after being called on to train a group of young pilots on a specialist mission.
July 1

Shang-Chi and the Legend of the Ten Rings

Part of Phase Four of the MCU, surely the point at which it starts to run out of steam, Shang-Chi and the Legend of the Ten Rings is Marvel’s first film with an Asian lead. Based on a comic book character created in the 1970s, its main character is a skilled martial artist who gets drawn into a shady terrorist organisation known as the Ten Rings. Starring Canadian actor Simu Liu in the title role, alongside Awkwafina and others, it’s been in the works since 2001.
July 9

A high-concept sci-fi film from master of weirdness M Night Shyamalan, Old – based on the graphic novel Sandcastles by Pierre Oscar Levy – tells the story of a group of tourists who end up trapped in a beautiful, secluded cove only for things to take a strange turn. They soon realise that they’re ageing by years every thirty minutes.
July 23

No one was really asking for a sequel to 2016’s Suicide Squad, an anti-hero movie set in the DC Comics Universe, and starring Margot Robbie and Will Smith, but here it is. Robbie, who reprised her role as Harley Quinn in 2020’s Birds of Prey, returns again here – and is joined by Idris Elba, Sylvester Stallone and the former wrestler John Cena. This probably wouldn’t have made our list, if not for the fact that it’s directed by James Gunn – the Guardians of the Galaxy director who was snapped up by Warner Bros in the gap between being dropped and re-hired by Disney for comments made on social media.
August 6

Those of a certain age know the premise of the original Candyman – say the killer’s name five times in the mirror and he appears and wastes you with his hook hand and bee swarm. What they may not remember is that the original was actually a smart film – scary yet thoughtful. This new remake is co-written by Get Out’s Jordan Peele: the Chicago projects the Candyman haunted in the first film have been torn down and replaced by luxurious loft condos, filled with millennials ripe for butchering.
August 27

Blade Runner 2049 director Denis Villeneuve takes on yet another sci-fi classic with this take on Dune, adapted from Frank Herbert’s epic novel of the same name. Timothée Chalamet stars as the young nobleman Paul Atreides, who has to journey to the hostile planet Dune, home to the most valuable material in the galaxy, and seek revenge on his family’s enemies. This sprawling fantasy is a huge project, and if Villeneuve can pull it off it will cement his sci-fi credentials.
October 1

Yet another Marvel film – Eternals is about a race of virtually immortal aliens who have been secretly living on Earth for thousands of years, protecting humans from the evil Deviants with their array of special powers. An all-star ensemble cast features Angelina Jolie, Salma Hayek and Kit Harrington, and it’s directed by Chloé Zhao – who also directed Nomadland (see above) and two other acclaimed indie films. The film is set after the events of Avengers: Endgame, and does raise the question of why these all-powerful beings didn’t think to intervene sooner.
November 5

Very little is known about the new instalment in The Matrix saga – something that its directors the Wachowskis had long been against. Keanu Reeves and Carrie Anne Moss are returning as Neo and Trinity, though, which hints at a degree of continuity to the story of the original trilogy. Lana Wachowski returns to direct.
December 22

🐧 The mystery of the world’s loneliest penguins

🎲 Forget Monopoly. These are the best board games for adults and families

💻 Take control and stop yourself getting hacked in 2021

Hog heaven, Tiger misery and more scenes from a chaotic Week 4
23 mins ago 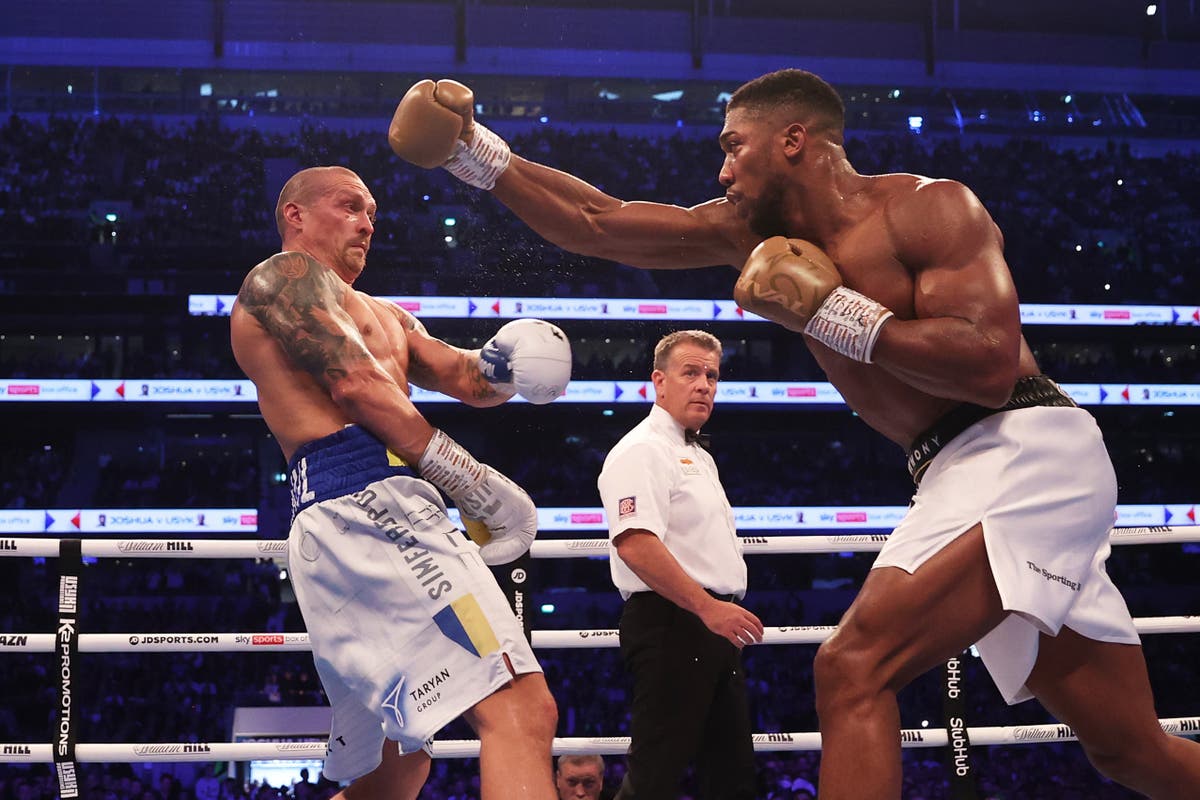