On the search for a good movie? Here, we bring you a list of the best films on Netflix UK right now, ranging from action and adventure to thrillers and documentaries. There are so many good films on Netflix, but sometimes it can be too much choice and it’s really tricky to search through, so we’ve sifted through the lot to come up with the ultimate list of movies that we think you’ll enjoy.

If you’re looking for TV shows to watch on Netflix UK, check out our best TV shows on Netflix article, and our list of what’s coming to Netflix this month. Our tips on how to navigate Netflix will help too.

This list is updated every month, but movies are changing on Netflix every day. That might mean that one or two of these movies are no longer available to watch by the time you come to read this article, and some good new films may have emerged.

Let’s get down to business then. Here are the best movies to watch on Netflix in the UK right now.

Written by (and co-starring) Quentin Tarantino and directed by Robert Rodriguez, From Dusk Till Dawn was always going to be a bit nuts. There are vampire strippers, a penis pistol, and holy water guns, and that’s barely scratching the surface. The only part we can’t quite get our heads around is buying that Tarantino and George Clooney are brothers.

There’s a whole ton of Studio Ghibli films out now on Netflix, and one of the most beloved is Spirited Away – having received numerous accolades, including sixteenth place on the ‘best films of the 21st century’ list. The film follows young Chihiro, who must save her parents from being turned into beasts forever.

School of Rock is a movie that was ahead of its time. It’s about embracing who you really are, throwing out the rulebook and sticking it to the man. The film is chocked full of zany one-liners and killer music, and Jack Black is at his comedy peak. He plays Dewey Finn, a failed musician who pretends to be a substitute teacher for money, but ends up forming a rock band with the students.

Netflix’s first original film may boast Idris Elba in its cast, but great as he is, he’s not the real star here. That honour belongs to Abraham Attah, the Ghanaian teenager who makes his acting debut here as a young boy dragged into service as a child soldier in a vicious civil war. Unsurprisingly it’s pretty troubling stuff, but it’s undeniably powerful and difficult to forget.

Set in Tehran during the Iran-Iraq War of the 1980s, this Persian-language is that rarest of things: a horror movie that feels genuinely new. That’s in part thanks to the relatively novel monster (the shadowy Djinn), partly the setting, and partly the brilliant central performance from Narges Rashidi. It also manages the neat trick of being totally terrifying while shedding hardly a single drop of blood.

This film is like marmite, and whether you enjoy it will all depend on if you’re a Eurovision nut or not. Will Ferrell and Rachel McAdams play an Icelandic singing duo who dream of making their Eurovision win a reality. With cameos from actual contestants of the competition, to commentary from Graham Norton and catchy songs, its the euro trash we’ve always wanted.

Strap yourselves in for an emotional grilling with Marriage Story, as over the course of a few hours we see the gradual process of a divorce unfold, turning more toxic and ugly over time. It shows the complexity of how a relationship breaks down, and how the legal elements of separation conflict with the emotions of the couple. It’s not the easiest watch, but it’s certainly enlightening, and rather heartbreaking.

If you want a cynical and satirical look back at the bizarre year of 2020, Charlie Brooker has you covered. Death to 2020 invites ‘experts’ to comment on some of the biggest events of the year, including the pandemic, the election and the change in working lives. Whilst the experts aren’t actually real, they are played by the likes of Samuel L Jackson, Hugh Grant, Lisa Kudrow and Lesley Jones.

This smart sci-fi film from director Alex Garland (of the also excellent Ex Machina) got a cinema release in the US, but went straight to Netflix here in the UK. Don’t take that as a bad sign though: it’s not that Annihilation is bad, but simply that studio Paramount worried its mix of trippy visuals, dark horror, and loose plot wouldn’t convert to big box office returns. This isn’t an easy watch, but trust us, it’s worth it.

Anima is something a little different: this 15-minute short is essentially an extended music video. However, it’s an extended music video starring Thom Yorke for three songs from his album Anima, and directed by Paul Thomas Anderson. Turn the volume up and settle in for a surreal, dystopian dance that would be the perfect warm-up for a meatier movie.

Peter Parker’s school trip to Europe is scuppered when all the places he visits come under attack. Things get all the more complicated when Nick Fury asks for Spider-Man to team up with a new hero – Mysterio – to take out all this evil once and for all. Despite following Avengers: Endgame – the biggest film of all time – this movie still manages to stand on its own as an action-packed yet heartfelt superhero flick with multiple twists.

This Monty Python classic re-tells the story of Jesus of Nazareth from the perspective of Brian – who’s not the Messiah, just a very naughty boy. As silly as it is satirical, the film pokes fun at religious and historical figures alike in that special, surreal way that only the best of Monty Python ever could.

The Devil Of All The Time

With all-star cast including Tom Holland, Robert Pattinson and Sebastian Stan – The Devil Of All The Time tells the story of a southern-American village that is plagued by a number of disturbed characters. It explores the concept of how faith can be twisted to justify malicious behaviour, and follows a young man as he does his best to keep himself – and his family – safe.

A young Chris Hemsworth stars in this ingenious horror comedy from the mind of Joss Whedon, which gleefully subverts every trope in the genre. Five teenagers go on a trip to an isolated cabin the woods, creepiness ensues, but nothing is at all as it seems. This is a love letter to the horror genre that will work best if you’ve seen the films it references, but is strong (and scary, and funny) enough to stand up in its own right.

This Netflix original documentary follows the horrendous production woes – and post-production arrests – that dogged Fyre Festival, here dubbed the greatest party that never happened. From co-founder Ja Rule to a pilot who taught himself on Microsoft Flight Simulator, this is a tour de force of incompetence.

The Ballad of Buster Scruggs

This Western anthology from the Coen Brothers tells six distinct, unconnected stories in the old West. Don’t look out for character connections – there aren’t any – but instead follow the ebb and flow of theme, as the directors explore mortality, kindness, and the futility of existence across these utterly distinct, utterly memorable tales.

Dumplin’ brings a new spin to the traditional all-American beauty pageant – showcasing how we should be celebrating all bodies of various shapes and sizes, rather than the ‘ideal look’ that has been perpetuated for so long. Add that in with Jennifer Anniston and a Dolly Parton soundtrack, and you’ve got the perfect film for a cozy night in.

If you liked Indonesian martial arts epic The Raid but thought it could be just a little more violent, then The Night Comes for Us may be for you. The Raid’s star Iko Uwais returns – though in a supporting role this time around – and the martial arts action is just as impressive, but now backed up by enough gore to make The Evil Dead blush.

Note: We may earn a commission when you buy through links on our site, at no extra cost to you. This doesn’t affect our editorial independence. Learn more.

Mavs’ Kidd calls on Luka to stop lobbying for calls

Already a UFC legend, Jose Aldo is still in the championship hunt, with Rob Font in his way
1 hour ago

Already a UFC legend, Jose Aldo is still in the championship hunt, with Rob Font in his way 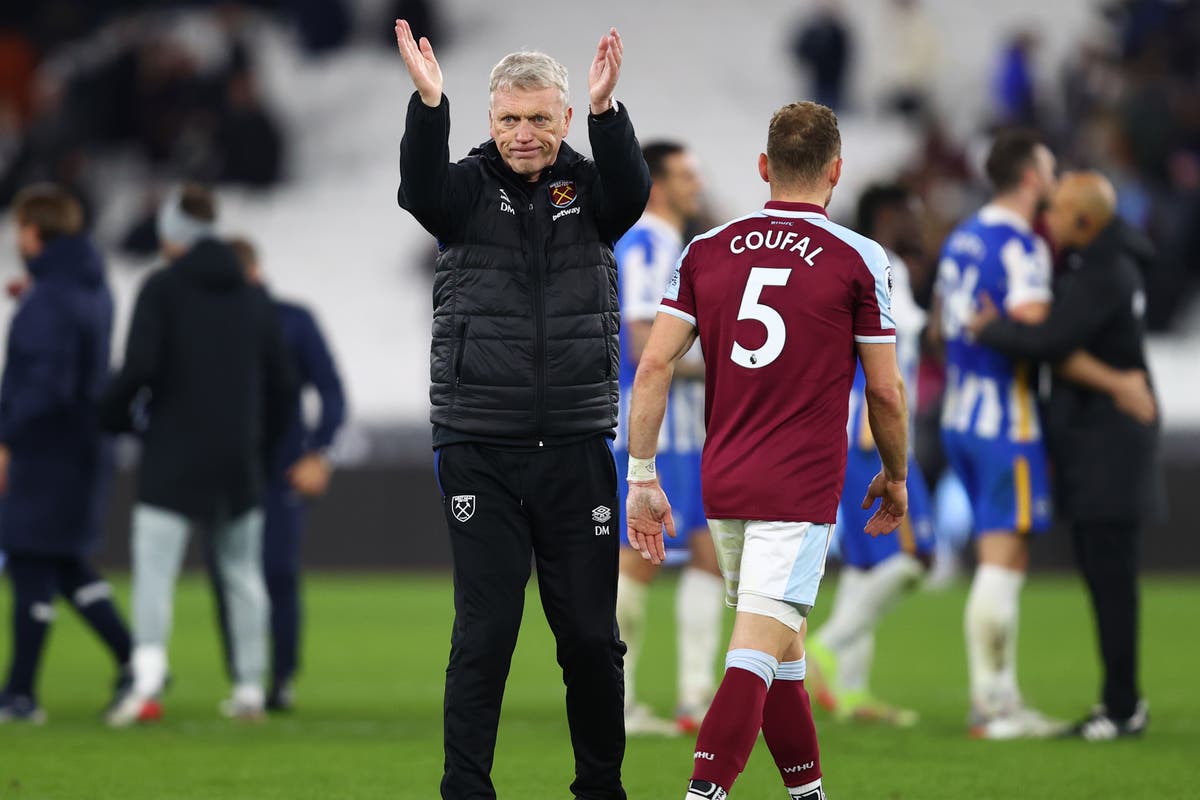