Woods was driving a Genesis S.U.V., which is made by Hyundai’s luxury division. Last weekend, he hosted a PGA Tour event in Southern California, the Genesis Invitational, which is sponsored by the car division.

Woods’s vehicle was traveling north on Hawthorne Boulevard at the intersection of Blackhorse Road when it crashed, striking a “Welcome to Rolling Hills Estates” sign and hitting a tree as it rolled over, Villanueva said.

Video from local television stations showed Woods’s vehicle on its side in an open, grassy area, with its hood crumpled and its windshield broken.

The Sheriff’s Office initially said Woods had been removed from the vehicle with a hydraulic spreader tool known as the “jaws of life,” but fire officials later said that tool was not used. Daryl L. Osby, the chief of the Los Angeles County Fire Department, said rescuers had used an ax, among other tools, to get Woods out of the S.U.V.

Osby said that Woods had injuries to both legs and that he was placed on a seat with a backboard as a standard precaution after serious crashes, in case of possible spinal injuries.

Woods has not played competitively since December, and he had his fifth back operation in January, a procedure called a microdiscectomy, to remove a pressurized disc fragment that was pinching a nerve. Interviewed on the broadcast of the Genesis Invitational, Woods said he had begun practicing again, and he appeared at ease, smiling and joking with CBS announcers about his progress from the surgery. But he offered no timetable for his return to competitive golf.

He only said he had hoped to resume playing by the Masters Tournament, which is held in the first full week of April.

On Monday, at an event at the Rolling Hills Country Club near Los Angeles, pictures on social media showed Woods happily interacting with various celebrities, including the N.B.A. player Dwyane Wade. During the function, Woods gave players golf tips and limited instruction but was not swinging a golf club. U.S. stocks lower at close of trade; Dow Jones Industrial Average down 0.46% By Investing.com
3 mins ago 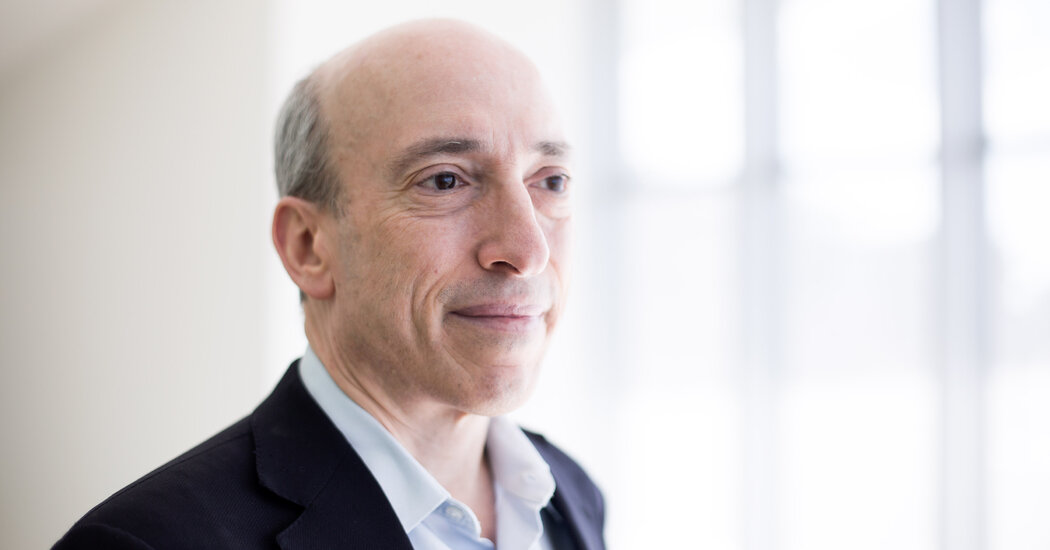 SpaceX is building a factory in Austin, Texas for Starlink satellite internet equipment
11 mins ago