Just two weeks away from her 15th birthday, Jerhonda Pace finally had the chance to meet her idol.

A few miles away from her Chicago school, superstar R Kelly was set to make a public appearance. For Jerhonda, it was too good an opportunity to miss.

So after skipping class, she made her way to the venue to finally meet the singer, who had no bigger fan than the schoolgirl.
But Kelly was not appearing at any local concert hall performing his string of smash hits.

Instead, he was taking the spotlight elsewhere – in court.

Unlike his concertgoers, Jerhonda had the luxury of seeing her idol not once but every day for a month as he stood accused of having sex with a different 14-year-old girl, his goddaughter, making a video of the whole thing.

After weeks of evidence Kelly, whose real name is Robert Sylvester Kelly, was acquitted of the 2008 charges, seeing Jerhonda become a high profile and outspoken defender of her music idol.

But move forward to today, and she is one of the countless women now celebrating after helping put the once multi-millionaire disgraced R&B star behind bars for the abuse he inflicted on her and many others.

On Monday, the singer was convicted after a five-week trial in New York of nine counts of racketeering and violations of the Mann Act, a law that bans sex trafficking across state lines.

The fallen star, 54, now faces ten years, the mandatory minimum, to life in prison for the charges related to nearly 30 years’ worth of allegations that he physically and sexually abused women and minors of both sexes.

After giving evidence against her once idol, Jerhonda welcomed the verdict against her abuser.

“Today, my voice was heard,” she wrote on Instagram.

“For years, I was trolled for speaking out about the abuse that I suffered at the hands of that predator. People called me a liar and said I had no proof. Some even said I was speaking out for money. Speaking out about abuse is not easy, especially when your abuser is high-profile,” she added.

The verdict followed often-harrowing testimony from almost 50 witnesses and arrived quickly on the second day of jury deliberations.
Kelly was found guilty on one count of racketeering, a charge often levied against mob bosses and eight of violating the Mann Act.

He still faces additional federal charges of sexual assault and abuse in Illinois.

The 45 prosecutorial witnesses described an elaborate and complex system of abuse bolstered by Kelly’s immense fame and professional power during the trial.

His criminality was supported by an army of loyal lieutenants and close associates.

Numerous accusers, including Jerhonda, testified they were underage when they met Kelly, whom they said went on to control their lives.

A woman identified as “Jane” stated she was forced into sexual encounters with other women and could not leave rooms without Kelly’s permission.

Jane also said that the singer, the son of a school teacher, forced her to have an abortion.

Another woman who spoke in court anonymously said Kelly once told her he married Aaliyah in 1994 when the up-and-coming singer was 15 so that she could legally obtain an abortion.

Multiple witnesses made mention of Aaliyah, who died in a plane crash in 2001.

A woman named Angela said she saw Kelly sexually abuse Aaliyah on a tour bus when she would have been around 13 years old.

Drea Kelly, who was married to Kelly for 13 years and has three children with him, said his conviction was “a step forward”
(

It marks a stunning fall for Kelly, once one of the biggest selling stars with megahits like Ignition (Remix), Bump N Grind, The World’s Greatest, and I Believe I Can Fly on the planet.

He rose to fame after singing as an eight-year-old in church before winning a $100,000 grand prize on the syndicated US television talent show, “Big Break,” hosted by Natalie Cole.

His first albums – Born Into The ‘90s and 12 Play – catapulted him to stardom. As he became a millionaire at the age 27, he married Aaliyah in secret before months later, the union was annulled because of her age.

In June 2002, Kelly was indicted in Chicago on child pornography charges stemming from the sex tape.

He pleaded not guilty and was released on bail.

Seven months later, he was arrested at a Florida hotel on additional child pornography charges after investigators said they found photos of him having sex with a girl.

Charges were later dropped after the judge ruled police didn’t have a warrant to search his house.

It took another six years before the case would come to trial seeing him in that time recruit many more victims, much like Jerhonda.

Kelly was convicted in New York of nine counts of racketeering and violations of the Mann Act, which governs cross-state sex trafficking
(

She was groomed from an early age before being forced to sign non-disclosure agreements and face threats of retribution if she ever spoke out.

Back in 2008, to see him close, she lied about her age to sheriffs standing guard outside the court because they didn’t allow people under 18 to enter the courtroom.

One day the three-time Grammy winner noticed her in a court and showed his appreciation for being a fan.

“One day, he stopped and said, ‘Thank you for your support,’ and said when it was over, he would give me something,” she explained.

“He ended up giving me his autograph and later sent me a friend request on MySpace.”

Jerhonda attended the trial until the end, even watching the videotape in question, which was shown in the courtroom several times.

It showed Kelly urinating in the girl’s mouth and demanding she call him “daddy.”

The jury eventually acquitted Kelly of all charges, finding that while he was in the video prosecutors presented, they couldn’t be sure the female was his underage goddaughter.

He was once one of the biggest singers on the planet
(

The following year, when she was 16, Kelly invited her to a party he hosted at his mansion in Olympia Fields, a wealthy Chicago suburb.

He told her to tell everyone she was 19 and gave her his number.

On other occasions, the two hung out alone.

Things quickly became sexual between them, and the two slept together repeatedly over the next seven months.

Although she had not even graduated high school, she started spending weekends at his home.

“He wanted me to have two pigtails, and I had to go out and find little schoolgirl outfits.”

His grip on her continued, with Kelly punishing her if she broke his “rules”.

They dictated how she dressed, her phone use, and when she could shower, eat, use the bathroom, and leave his property.

She claims the star slapped her, spit in her face, choked her until she fainted, and coached her on what to say to her mother.

During his trial in Brooklyn, Jerhonda told how he assaulted her and knowingly gave her herpes — a claim seemingly backed by a doctor who took the stand to discuss Kelly’s medical history.

Gloria Allred, who represented three accusers, described Kelly as the “worst” of “all the predators that I have pursued” throughout her 47 years of practising law.

“R Kelly thought that he could get away with all of this, but he didn’t,” Allred said outside the courthouse. “Because despite the fact that he thought he could control all of his victims, he was wrong.”

Who is R Kelly? Inside R&B singer’s life with ex wife and children 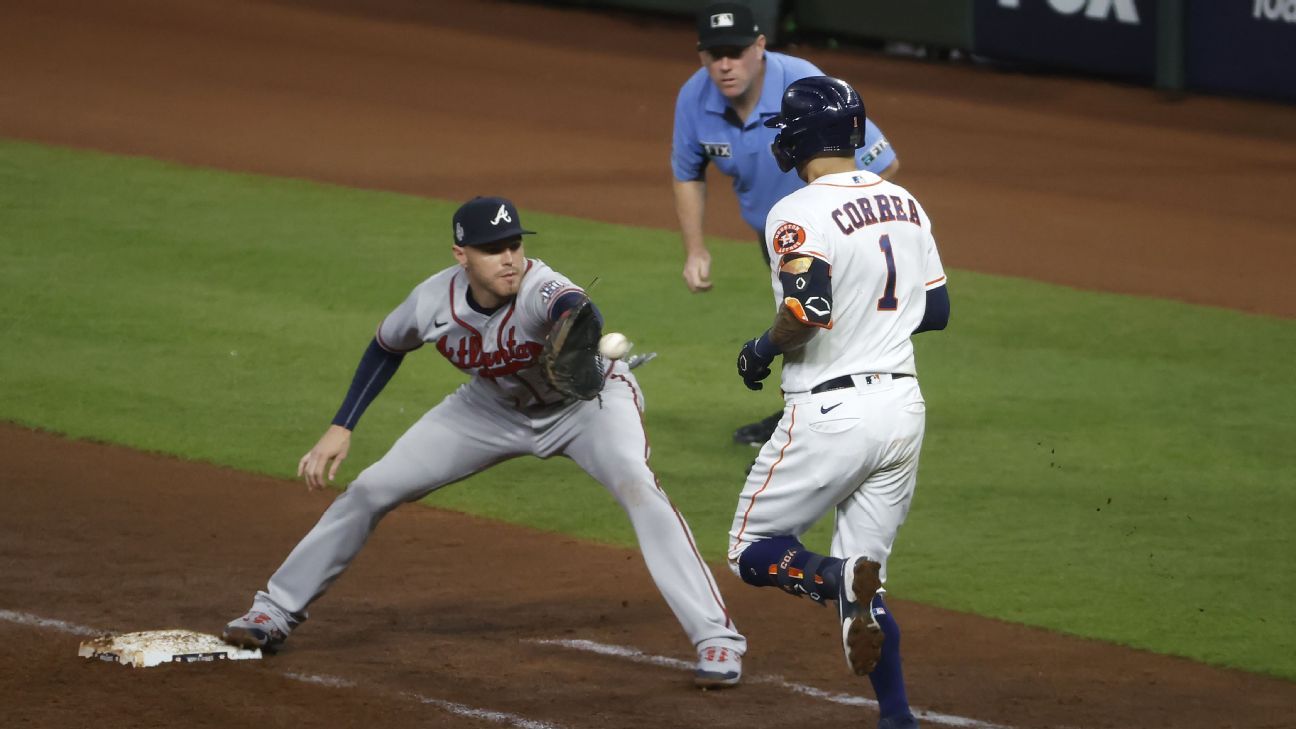 NBA Power Rankings: Can anyone catch the Suns and Warriors?
20 mins ago

NBA Power Rankings: Can anyone catch the Suns and Warriors?

Oscar Pistorius in prison transfer ahead of Steenkamp parole meeting

Alabama gets exposed, the key to beating Georgia and more college football takeaways
1 hour ago

Alabama gets exposed, the key to beating Georgia and more college football takeaways