Two Glasgow lads have been left baffled after spotting what they believe to be a UFO above their heads in sky as “clear as day”.

Robert Hampston was at his friend Jake Griffiths’ flat in Merchant City when they saw the glowing floating object on Tuesday night at around 11.30pm.

The pair were standing outside chatting when they looked up – and they couldn’t believe their eyes at what they saw.

They initially thought it was a star but after zooming in on Jake’s camera they believed it was something more sinister.

Robert told the Record: “We’re both a bit weirded out – it’s crazy.

“We were just standing outside and I saw a bright looking thing in the sky.

“I thought it was just a star or a planet or something but Jake just pulled out his camera and zoomed in, and there it was clear as day. You could see clearly it wasn’t a star.

“Once we zoomed in it was just a clear picture of something just floating there.

“It was moving slightly, but mostly staying in the same spot. To me it looked like a portal or a UFO. When you zoomed in it was spiralling in the video.

“I still don’t really know what to make of it all to be honest.”

Pictures taken by the pair show a large white glowing circle with what appears to be a black inner ring.

In the video taken by Jake you can hear them gasp as Robert says: “Look that’s not a planet, it’s got like rings or something.”

Robert says the floating object stayed in the sky for around an hour before disappearing.

The 18-year-old, who is studying film production at Glasgow Clyde College, said: “It was up there for about an hour then I left my friends house, and when he went back out it was gone.

“I’m certain it was a UFO or portal. It has to be one of the two, it’s unexplainable.”

Totally spooked, Robert and Jake – who is 21 and originally from Shepshed in Leicestershire – headed online for an explanation.

But after searching what they had both seen, they only found similar UFO sightings from around the world.

Robert added: “Me and Jake both believe in UFOs but we tried to debunk it by going on Google, but then we found very similar ones.

“There was one we saw that looked the exact same from London except that one was bright orange.

UFO and Paranormal researcher Malcolm Robinson, founder of Strange Phenomena Investigations, said: “This is a most interesting video.

“It could be one of those Chinese lanterns which can flit about the sky, and sometimes the upper wind speeds can sometimes move them erratically about the sky or make them take off at quite a speed.

“To the ground based observer this can sometimes look spectacular, more so the further the way the lantern was.

“It might have been a flare, one photograph depicts a trail, it certainly is not a firework so we can rule that out. We then could speculate that it might be a drone, with a bright light, these can give rise to false UFO reports.

“Alternatively, the witness may indeed have captured what a lot of people have recently been seeing in the skies across central Scotland, more so over and around the town of Bonnybridge in Stirlingshire.

“Indeed, your witness has filmed something which has been seen and filmed by other people in the Grangemouth area last year.

“It is unusual, but we have to bear in mind that 95% of all UFO reports have natural solutions, for the moment, your witness and his video, seems to fall into that category. “

MLS Cup playoffs: The matchups if the postseason began today
9 mins ago

A big night for Aspen Ladd, Norma Dumont and women’s featherweight in the UFC
58 mins ago

A big night for Aspen Ladd, Norma Dumont and women’s featherweight in the UFC 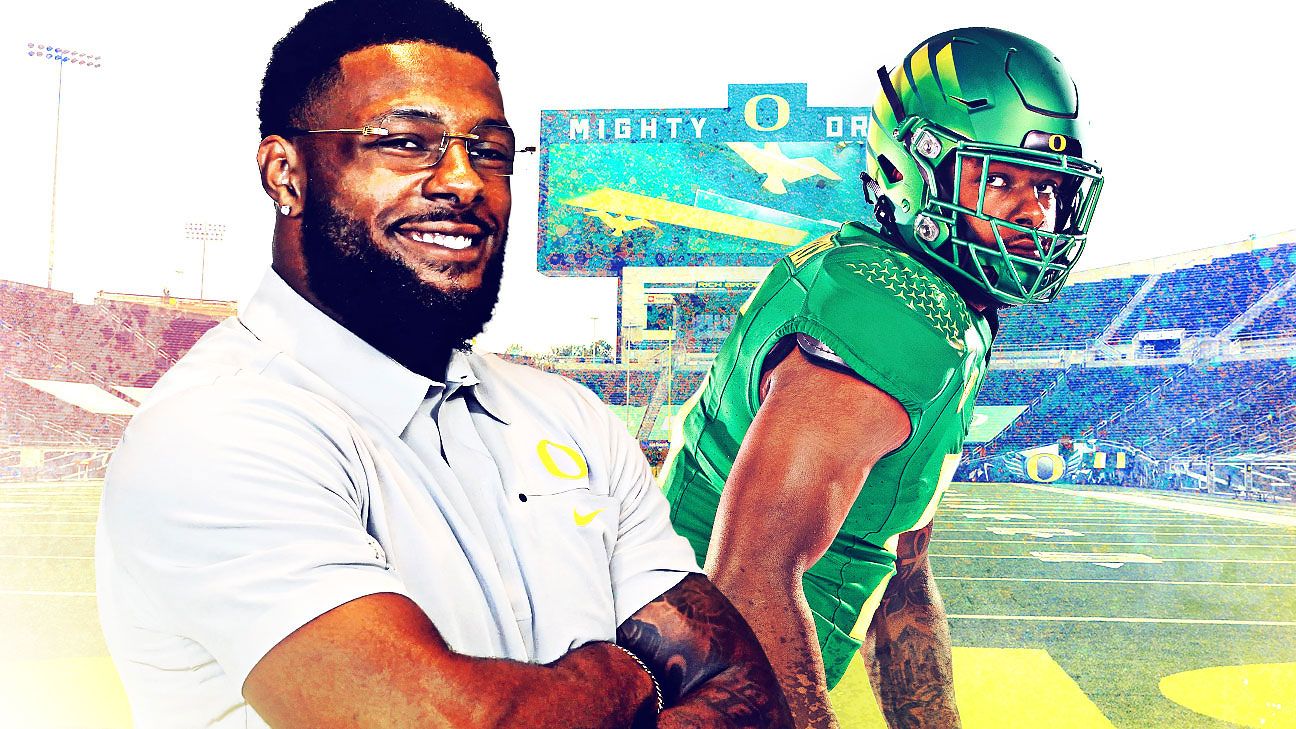 Oregon’s Kayvon Thibodeaux is more than the next potential No. 1 NFL draft pick
1 hour ago

Oregon’s Kayvon Thibodeaux is more than the next potential No. 1 NFL draft pick