Leon Bailey is fit and firing again and in real contention to start at Stamford Bridge against Chelsea next weekend.

The Jamaican has been out with a hamstring injury he picked up on the eve of the Newcastle win a fortnight ago.

The £30million signing was poised to return against Brentford on August 28 but Dean Smith, and his medical staff, opted to give Bailey an additional two weeks to get himself in tip-top shape for Villa’s trip to London on September 11.

Bailey, 24, gave a half-time pep talk to a group of players close to his heart last week as he helped to inspire Phoenix Academy to a 7-4 win over Aston Villa’s under-18s at Bodymoor Heath after they were 4-2 down.

Phoenix was where Bailey started his football career aged just six when Craig Butler, his adopted father, rescued him from the crime-riddled and blood-soaked ghettos of Cassava Piece in Kingston.

Bailey even witnessed a shooting where a boy was killed right in front of him before Butler provided him with a good and comfortable life where respect and hard work was ingrained into him as soon as he moved further north to Stony Hill.

Bailey is just one of hundreds to have risen up as a result of Butler’s successful and life-changing Phoenix Academy which first began in 1980.

The idea was a simple one: to provide a platform to play football and develop skills knowing for any young boy under the age of 17 in Jamaica there was nothing other than a kickabout in the street or on a dusty patch of land close to home.

Bailey soon made the plunge and moved from Phoenix to non-league Austrian side Anif Jugend just a decade ago aged just 13 as his European adventure began.

A move to Slovakia and AS Trencin – Wesley’s former club – followed two years later before KRC Genk in Belgium paid just over £1million for him.

There was hardship, of course, as dad and now agent Butler worked cleaning toilets prior to his big move to Belgium before Bailey hit it off in his debut season with a haul of seven goals and 11 assists as he played alongside the likes of Wilfred Ndidi, Leandro Trossard and Mbwana Ally Samatta.

As for Butler, he continues to soak up his experiences in Europe like a sponge and passes on his expert knowledge to Phoenix in Jamaica, from learning the physical toughness needed to survive in Slovakia to the total football at Ajax having spent a period of time with the four-time Champions League winners where Bailey reached a verbal agreement to sign but for that transfer to hit a snag in 2013.

Butler speaks passionately about “creating a new beast” of exciting Jamaican footballers knowing that the Caribbean gene “makes the fastest human beings in the world”.

Cricket and track and field remain the most-popular sports in Jamaica with football still lagging behind. In Europe, young footballers often spend the majority of the year honing in on their skills whether at an academy or school, hence the gulf in class knowing Jamaica – ranked No.50 in the world – have only ever qualified for one World Cup way back in 1998.

Butler, who adopted 23 children including Bailey, is now bridging that very gap as his talented crop of youngsters at Phoenix continue to shine. The club have just returned from a UK tour which included beating Villa at Bodymoor Heath while they also faced off and excelled against the likes of Crystal Palace and Sheffield United, with two players currently still on trial with clubs in England. In total, around a dozen Phoenix stars are currently playing professionally in places such as Malta, Norway and in Miami in the hope of following Bailey’s immensely successful path into mainland Europe at clubs in Germany, Belgium, Holland or possibly France.

There’s incredibly high hopes for Phoenix attacker Dujuan Richards who, at 15, is six-foot-two with a build just like his NBA-playing brother, Nick, who stars for the Charlotte Hornets in America. Richards scored three wonder goals against Villa at Bodymoor recently as he was signalled out for praise by academy manager Mark Harrison.

But it’s Villa’s exciting Jamaican star Bailey who continues to blaze a trail for those at Phoenix to follow knowing that the winger’s transfer fees – around £45million to date – have helped to finance his former side back in Stony Hill in Kingston.

Butler also speaks of his pride at the likes of Raheem Sterling and, before him, John Barnes; players who’ve had to leave Jamaica in search of success. Bailey’s different, he says, as he was built and developed in Jamaica and excelled as soon as he signed his first pro deal at Genk.

The 65 direct goal involvements in just 156 matches at Bayer Leverkusen made Villa move for him this summer with sporting director Johan Lange finalising a deal, with the Dane since sending a box of Aston Villa shirts over to Phoenix in Jamaica as Villa now have thousands more cheering them on as Bailey looks to become a cult hero at Villa Park this season and beyond.

Bowman steps down as Team USA Olympic GM
42 mins ago

Braves and Jorge Soler begin Game 1 with a bang 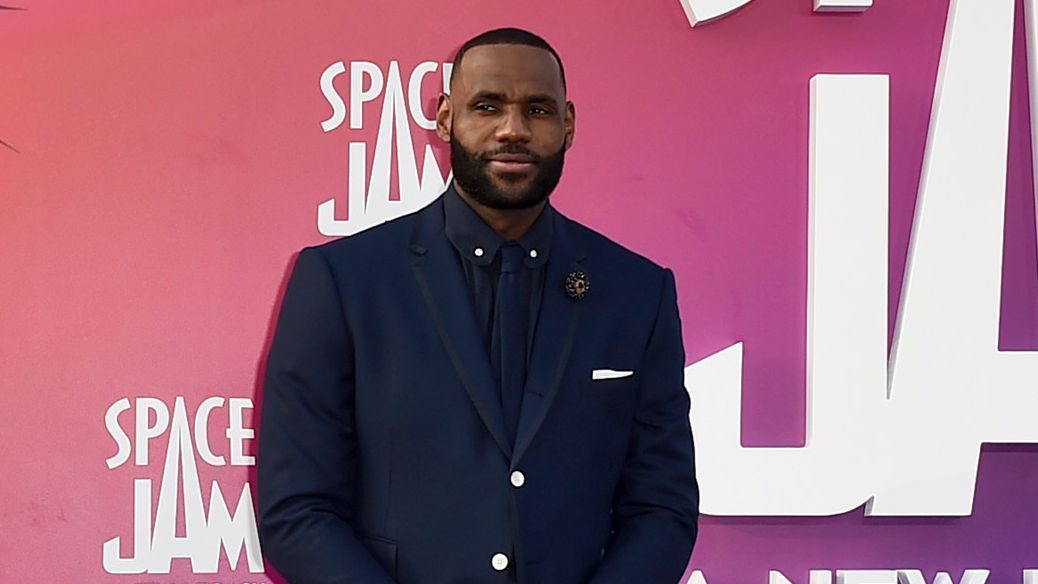 ‘Have you seen Space Jam 2?’: ‘Squid Game’ creator chirps back at LeBron James
1 hour ago

‘Have you seen Space Jam 2?’: ‘Squid Game’ creator chirps back at LeBron James